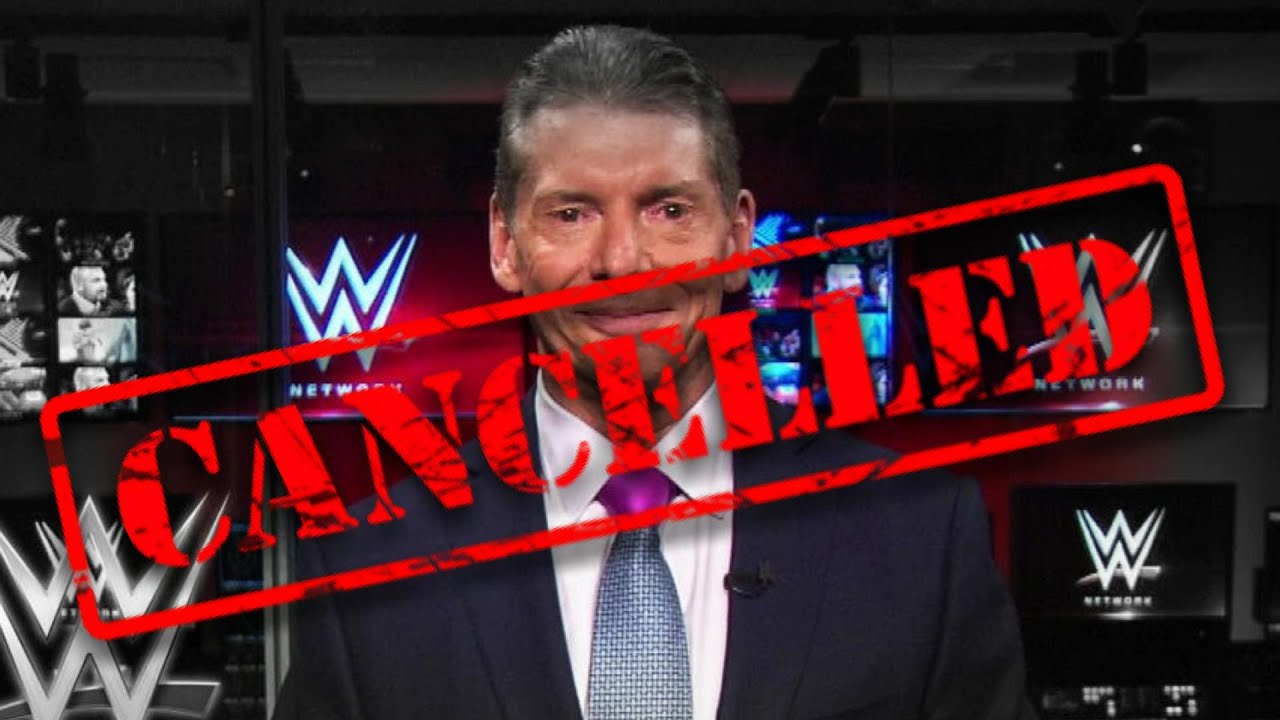 There is a sizzle that is lacking in WWE programming. The edge is gone. That feeling of “anything can happen” that used to define Monday nights is a thing of the past. Some say the lack of direct competition is to blame, and it’s true that the spark of the Attitude Era diminished around the same time Monday Nitro bit the dust. But that is only partially to blame.

Others point out the tiring three hours of Raw as the reason things aren’t as exciting as they used to be. It does seem like the show is still a two hour affair, only now it’s being stretched to accommodate an extra hour of TV. Promos that used to take six minutes now take twelve, matches that used to last eight minutes now last fifteen, and while it’s nice to have more wrestling on what is, ultimately, a wrestling show, fifteen minutes of wrestling doesn’t really matter when the guys in the ring aren’t advancing any feud, or given promo time to build it up. The “pace” of Raw is simply slower than it was fifteen years ago.

Still some argue the move to TV-PG is the reason the show “aint what it used to be.” Certainly, a TV-14 environment opens up many more avenues to “shock” the viewers, but as with the longer matches, shocking for the sake of it isn’t going to win over potential viewers. The product is more sterile since the move; hard hitting matches used to end with both gladiators soaked in blood, giving their fight an epic feel. Since then, we’ve had numerous Hell in a Cell matches, Last Man Standing matches and Extreme Rules matches where both guys simply threw fake punches and hit their backs with chairs for thirty minutes. A lot of the drama of the matches was taken away with the move to a safer, PG, format.

All of those arguments are sound, but none of them really address what the problem is with WWE programming today.

The problem is us.

The problem is we–the long time fans of WWF/E–have seen enough of Pro Wrestling that there isn’t much that can be done that we didn’t see coming. We may not always predict which road Vince and co. will take, but odds are it was one of the potential ones we thought of. There’s little that surprises us anymore and we have become jaded and cynical as a result.

That’s not to say we, the long times fans, have grown tired of Pro Wrestling. On the contrary, the blossoming success of NXT has proven that there is still a market for fans of old school grappling on TV. NXT has restored kayfabe. Despite its audience being among the more “smart” fans of the WWE Universe, heels are booed, heroes are cheered. Pure and virtuous babyfaces, the kind that get the “____ sucks!” chants on Raw and Smackdown, are greeted to standing ovations on NXT. Heels that are cheered at WrestleMania face fans spitting hot fire at them on the occasional NXT special.

On NXT, champions win non-title matches. They are booked to look strong so that their eventual losses are presented as promotion-shattering events. At the same time , wrestlers of every stripe experience clean losses all over the place. On Raw there are disqualifications, distraction-roll ups and intentional walkouts. The fans are conditioned not to care about the matches, despite how many there are these days and how long they typically last.  On NXT there are tournaments that keep fans invested from week to week, whereas on RAW, continuity is laughed at as frequently as the next Big Show face/heel turn.

Despite the relative youth and inexperience of the roster, the NXT wrestlers cut promos that are largely improvised. Meanwhile the vets on Monday nights follow lengthy manuscripts that often cause more flubs and forgotten lines than on the improvised NXT. Observe the multi-time world champ, main-eventer, eventual hall of famer, and 10+ year vet Randy Orton as he blanks on a basic line in the middle of a RAW promo…

How is it that NXT can be doing things so right? Why is it none of their positives are being felt on the main shows (which make up 90% of the WWE’s TV output)? Why are there constant rumors of outright resentment against the success (i.e. fan appreciation for) NXT? It’s not like they are an independent company competing against WWE for viewers. If things are going so well on Wednesday nights, why be jealous? Why not…COPY WHAT WORKS?

The treatment of some NXT superstars when they get called up has only strengthened the theory that some are trying to sabotage NXT guys when they reach the main roster. The burial of some NXT performers by commentary has emboldened the fans against the current management of WWE’s A-shows.  When fans are hoping that certain superstars don’t get called up to the main shows, the entire purpose of NXT has been undermined and Vince and co. have only themselves to blame.

And yet it’s our fault.

It’s our fault for wanting Raw to be like NXT. Triple H has made it clear that he knows his primary audience on NXT is the hardcore fan. Because of that he’s able to cater to smart fans in a way the main shows do not. The main shows are filled with fans from 8 to 80. Many of them are moms and dads who watch little to none of the programming. Raw is akin to a saturday morning cartoon. Parents buy the John Cena lunchbox and the John Cena t-shirt and laugh at the John Cena jokes whenever they take their kids to see John Cena live. They don’t care about who is being “pushed” or “buried.” They don’t care about how wasted Big E is as a member of New Day, or how stupid it is that mid-card champions spend their entire reign losing every week in non-title matches. All they care about is seeing the handful of guys that WWE bothers to promote.

And that’s fine for Vince. Who cares as long as they buy a ticket, right?

Except that, eventually, those kids either grow bored of the cartoons or they grow into hardcore fans that are sick of the problems happening every Monday night.

Twice in the past Vince has been forced by circumstances to change from his bread and butter. In the 80’s the WWF was the home of giants and cartoon gimmicks. Then the steroid trial came and a more “regular” sized champion was crowned. Men like Flair and Hart held the title while the peak of the pressure as on McMahon. When the dust settled, the giant Diesel was given a lengthy (and maligned) title reign.

The departure of Nash and Hall and the rise of WCW Nitro brought about the second threat to Vince’s empire. He responded by giving his promotion a dose of attitude. DX, Steve Austin and The Rock came to define this era and lead the promotion to unprecedented heights of fame and the second Wrestling Boom.

Bret and Shawn Michaels defined the New Generation era, but it was not a popular one the way the era of the Titans before it was or the way the Attitude Era after it would be. Why? Because “sports entertainment” (as Vince defines it) doesn’t work unless there is a performer capable of transcending the shlock. Without someone like Hogan or Austin or Rock, “sports entertainment” is just silly cartoon characters play-fighting in a pretend sport.

What happened to WWE when Austin and Rock left in 2003? The torch was given to Triple H, who–though talented–didn’t have that transcendent quality of Austin and Rock. He was always best when he had someone to play off of. When given the ball all by himself (2002-2004), Raw nosedived in both quality and viewership. Vince didn’t shake things up the way he did in the past, though, he simply found a face to transcend his sports entertainment shtick: John Cena. And while Cena is the greatest utility guy Vince has ever had, he doesn’t have enough of the mainstream appeal that Hogan, Austin and Rock had. He was good enough to stop the ship from sinking, but couldn’t elevate the product.

With his competition either out of business or so marginal they might as well be non-existent, it has taken a while for any serious threats to Vince’s empire to emerge. Finally, it seems that one has: us.

Specifically: The outright revolt of the fans.

Fan resentment, disillusionment and anger over booking decisions and feeling ignored has reached a tipping point. Always it’s been the case that some fans have wished for Vince to turn left instead of right, or to push this guy instead of that guy. But in recent years fans have taken things to a new level. Mind you, Vince has asked for this. He has pushed John Cena as a “polarizing” face of the company. They have almost encouraged the split-reaction he gets, instead of tweaking his character to try to make his appeal more universal. So when fans are split, Vince sends Cena out in front of the Raw crowd to say “you bought a ticket so you can boo me if you want or cheer me, but I’m here to entertain you!” That level of fan empowerment has always been there, but only lately has it be vocalized and encouraged.

Vince’s wrestling empire is being threatened, only this time the threat is not from the Government or from a rival promotion. It’s from fans who have seen how much better WWE can be (via NXT), and have woken up to the fact that we have a voice that can hijack any show in order to air their grievances.

We are Vince’s newest problem. The question is, will Vince ignore his fans’ frustrations until they give up watching entirely, or will he course-correct and maybe stumble upon the next big Wrestling Boom…