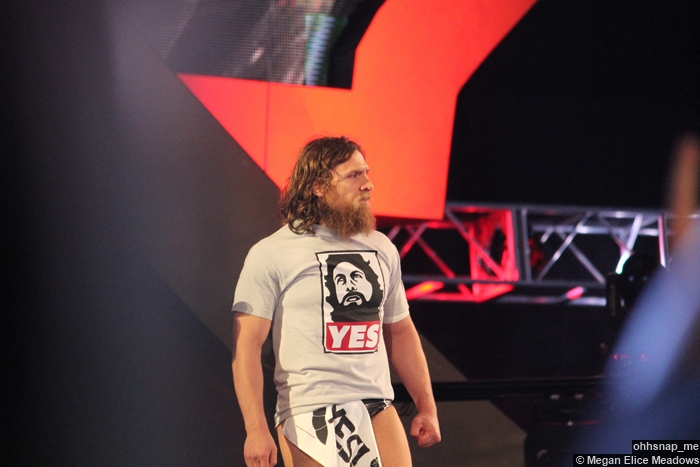 With just three nights to go before “The Show of Shows” WrestleMania, the 814th edition of WWE Thursday Night SmackDown came to you from the Staples Center in Los Angeles, CA. The last stop before WrestleMania would also be home to a WrestleMania-sized 8-Man Tag Match as, with a match against Brock Lesnar for the WWE World Heavyweight Championship in the main event of WrestleMania just a few nights away, Roman Reigns would team with the #1 Contender for the United States Title at WrestleMania, John Cena, one of the participants in the Andre The Giant Memorial Battle Royal, Mark Henry, and one of the seven men who will compete in the Intercontinental Championship Ladder Match, Daniel Bryan as these four Superstars would collide with “Mr. Money-in-the-Bank” Seth Rollins, who has a one-on-one match with Randy Orton at WrestleMania, The Authority’s Director of Operations Kane and “The World’s Largest Athlete” Big Show, both of whom will be competing in the Andre The Giant Memorial Battle Royal, and the self-proclaimed “New Face of Fear” Bray Wyatt, who will collide with the legendary Undertaker this Sunday!