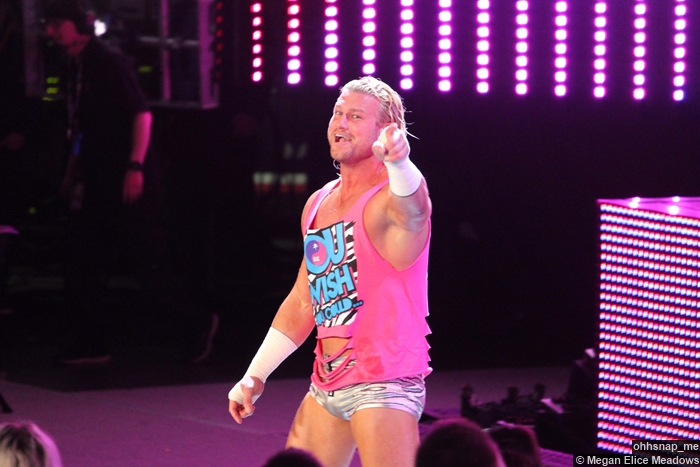 Every Man for Himself.

Seventeen nights before WrestleMania, the 812th edition of WWE Thursday Night SmackDown came to you from the Joe Louis Arena in Detroit, MI. After the absence of Authority members Kane, Big Show, and J&J Security finally gave Randy Orton the perfect opportunity for revenge on RAW, “The Viper” would strike, viciously beating down Seth Rollins before putting Rollins through the announce table with the RKO. The devastation left by Randy Orton would see Seth Rollins stretchered out of the arena after RAW went off the air. Now, for the first time since leaving “Mr. Money-in-the-Bank” face-down on the destroyed announce table on RAW, Randy Orton would appear on SmackDown for an exclusive sit-down interview with Michael Cole. What will “The Viper” have to say about his unhinged assault on Seth Rollins? Now that he has exacted his revenge, what’s next for Randy Orton?

After some strong words from Brock Lesnar’s advocate, Paul Heyman, on RAW, Roman Reigns will certainly have a lot to get off of his chest when he appears on SmackDown to address his WrestleMania opponent, WWE World Heavyweight Champion Brock Lesnar. What will Roman Reigns have to say in response to the comments made by Paul Heyman? What kind of statement will the #1 Contender be looking to make? Also on SmackDown, a big 8-Man Tag Match would take place as The Usos would join forces with two members of The New Day to face WWE Tag Team Champions Cesaro & Tyson Kidd and Los Matadores!