Interstellar, the latest film to be written and directed by Christopher Nolan, releases on DVD and Blu Ray today. Christopher Nolan has been responsible for some of the most high-concept films coming from Hollywood in the last few years, and Interstellar is no exception. After reimagining and rebooting the Batman film franchise with his Dark Knight trilogy and exploring the possibility of planting ideas in people’s dreams in Inception, Interstellar, a film that went through a long journey to production before Nolan took over, became the film that everyone was talking about in connection with Christopher Nolan. Perhaps more than any other of his films before it, Interstellar explored the vast possibilities of the human imagination in a way like never before, capturing the combined sense of hope and dread at the prospect of the end of human existence.

While the film never reached number one and wasn’t even nominated for best picture at the Academy Awards, the film was, nevertheless, a box office success. This is likely due to the massive following Nolan has gained of fans of his work. Interstellar wasn’t just about seeing a potentially great movie; for many, it was about seeing Christopher Nolan’s latest potentially great movie. Because the film explores the idea of worlds beyond our own, it required a significant amount of visual effects, and Nolan, who firmly believes in creating visual effects on camera as much as possible before relying on CGI, took the opportunity to exercise his expertise in the realm of visual effects. So impressive was the film that it won Best Visual Effects at the 87th annual Academy Awards. 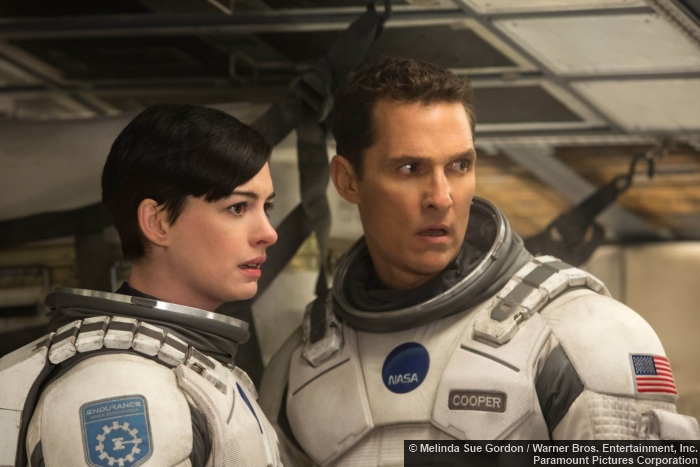 Pretty impressive for a guy who only had three relatively low-budget films under his belt only a decade ago. Nolan’s films have always explored themes that get people thinking. Even with The Dark Knight trilogy, there were deeply embedded threads of questions like what it takes to be a hero, how much people need to know for their own good, what people will do when forced to choose between their lives or someone else’s, and what it is that marks our identity in the world. When you watch a film by Christopher Nolan, you’re not just watching a carefully designed story; you’re plunged into an often intense exploration of some of the most agonizing questions that people have. Nolan films are the kind of films that you walk away from, knowing more about what it means to be human.

What makes Interstellar a film that resonates with so many people is the exploration of our future and the relationships we hold dear. The film is, after all, about finding a way to preserve the future of humanity when the world we inhabit becomes less and less capable of supporting human life. In a unique post-apocalyptic world, Cooper (Matthew McConaughey) is driven by his desire to not only find a new home for the human race, but a home for his son and daughter. In many ways, this film is more about the relationship between Cooper and Murph than it is about interstellar space exploration. Viewers are forced to feel the strain of being separated from the person you love most in watching Cooper leave his daughter for a mission from which he’s not sure he’ll return. As a viewer, you’ll likely be holding on to the those you love just a little tighter after watching this film. 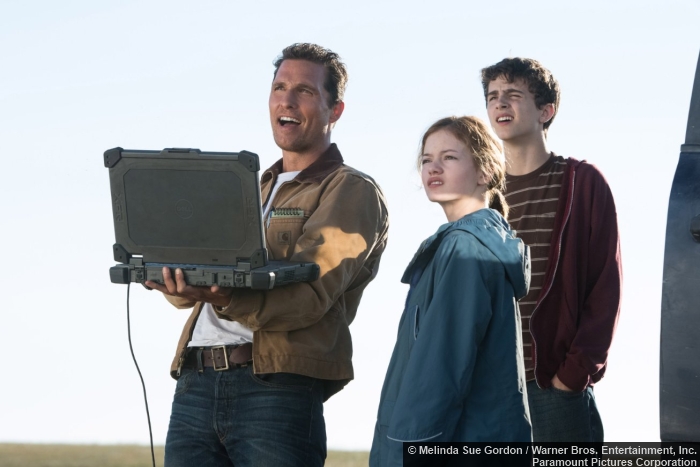 Interstellar is a science fiction movie that’s backed by a lot of real-life science. The whole idea for the film was conceived from the work of theoretical physicist Kip Thorne, who served as the film’s scientific consultant and an executive producer. The film features a lot of science-related material when it talks about wormholes and black holes, and Nolan worked closely with Thorne to make sure they created a film that was as faithful to scientific accuracy as possible. This, of course, gives the film an added feeling of authenticity.

Additionally, the film explores the relationship between faith and science. Throughout history, people have often placed faith and science on opposite ends of a spectrum, pitting them against each other in a never-ending battle. In many ways, Interstellar is about the reliance upon both faith and science, with no underlying contradiction between the two. It’s interesting to see Cooper trust in all of the science that is simply a matter of fact surrounding him, and yet also relying on faith that what he’s doing is for the best for his daughter and all of humanity. When it comes to the forces that drive Cooper forward through nearly impossible situations he finds himself in throughout the film, Nolan presents a unique marriage of faith and science to explain Cooper’s motivations, and it works remarkably. 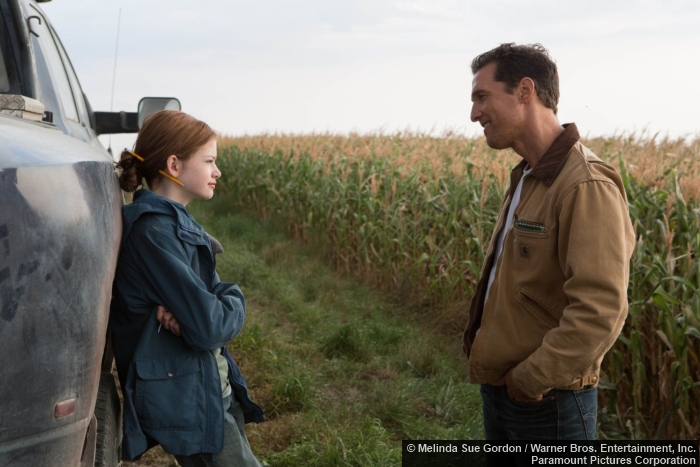 True to the high-concept nature of the film, the Blu Ray release will feature over three hours of bonus material. Those interested in the scientific foundation of the film can check out a documentary that explores the theories behind wormholes and black holes. There’s also a documentary about the long production journey of Interstellar from a film that was once to be directed by Steven Spielberg to the film it became in the hands of Christopher Nolan. Viewers may also want to check out some of the important elements of the film such as the spacecraft Endurance, the dust that marks life on earth in the film, the sounds and score of the film, and much more.

Nolan has no doubt grown as a filmmaker since filming the low-budget yet highly intricate film Memento in 2000. Interstellar is yet another example of Nolan’s expertise in telling a truly compelling visual story.

Pick up the DVD or Blu Ray of Interstellar out now.