Josh Mathews entered the world of professional wrestling through WWE’s first season of reality programme Tough Enough, where he came second in the competition.

The 34-year-old from Sea Isle City, New Jersey is now the voice of TNA providing commentary for the flagship show IMPACT! along with former ECW and WWE grappler Taz. The pair had worked together before during their time in WWE, where Mathews began his career as a backstage interviewer before moving behind the announce table.

Even as a member of the broadcast team Mathews got to work in angles with the likes of Kurt Angle, The Undertaker and Stone Cold Steve Austin.

We caught up with Mathews to talk about breaking into the industry, his time in WWE, his transition to TNA plus much more. 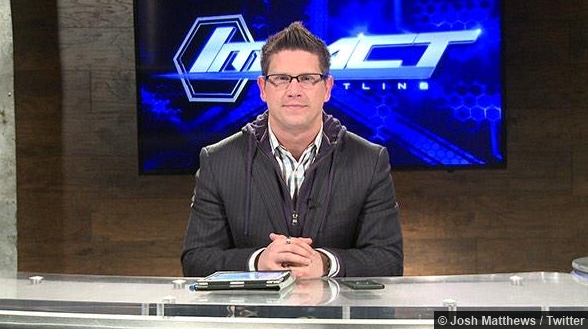 You got into professional wrestling through WWE’s Tough Enough series, what was that experience like?

Oh man, that is many years ago. It was cool, it was great, it was my way into the business that I had no idea of how to get into. Ever since I was a kid I had dreamed about being involved in the wrestling industry and when I heard the promotion for WWE Tough Enough I just knew I had to be a part of it and I knew that was going to my way of getting into this world.

Tough Enough seems like a billion years ago now, I was 19-years-old at the time, I’m 34-years-old now, it was my way into the business but I’ve learned and grown s much since then. WWE Network recently released the first series of Tough Enough and a little known fact I’ve never actually seen the show, I never watched a single episode of it, even when it aired originally.

I’ve been a fan of wrestling since I was about five or six-years-old, I was a Hulkamaniac growing up but as I got older I stopped watching wrestling. Most of us have similar stories when we get together and talk about it, I stopped watching at about 13 or 14-years-old when I started playing other sports and getting into girls and things like that.

I think it was about 16 or 17-years-old when I started getting back into wrestling thanks to a small north-east wrestling promotion called, ECW. After I watched a few of their shows I knew the career path that I wanted to go down.

Two of your Tough Enough trainers were former ECW alumni, Taz and Al Snow – was that a bit surreal and how is it working with them both again now in TNA?

It was pretty cool having them as my trainers on Tough Enough and now to be working with them in TNA. I don’t get to see Al much, only when we have our television tapings and things of that nature. I see Taz almost every week and I talk to him pretty much every day – he and I had a great relationship during our time in WWE and once I became an announcer we travelled together.

Taz came to TNA six or seven years ago and when I came here in the summer he was the first person that I called when I parted ways with WWE to come here to TNA. Our relationship is great and it is fun to be working together with Taz once again on television. 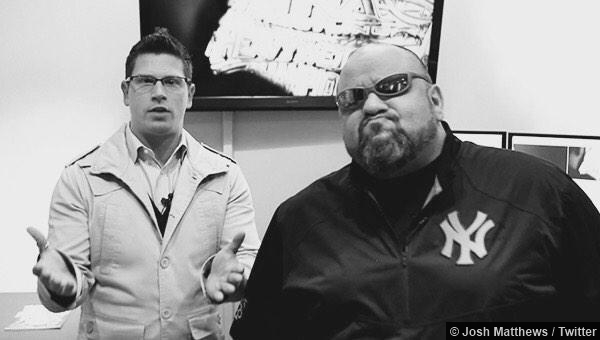 After Tough Enough you were given a job in WWE as a backstage interviewer – what was that moment like?

It actually worked out pretty perfectly, when the first season of Tough Enough ended and I went back home I went on the independent wrestling scene and I found out I didn’t like it that much, it wasn’t the lifestyle I wanted, it wasn’t the career path I wanted to continue along, I was also at university at the time.

We did the Tough Enough 1 & 2 reunions in New York City and it was there they discovered my personality, I was a 21-year-old kid running around New York having fun and WWE wanted to do something with me and offered me the position of backstage interviewer.

During your time in WWE you got to work with an amazing array of talent, what were some of your highlights?

Calling a WrestleMania and being stunned by Stone Cold Steve Austin in the middle of the Georgia Dome in front of 70,000 people was probably my biggest highlight.

In general, just the life I had for so many years that I was with WWE, getting to see so many different parts of the world and doing it on someone else’s dime, that’s what I will walk away with and will remember the most.

Did you ever receive an ear-bashing from Vince McMahon when you were on the commentary table?

He definitely is on and he is at every show, he is always listening to every word that the commentators are saying. There were conversations every night, he was a very hands-on kind of producer.

How would you describe Vince as a boss?

Before joining TNA did you watch much of their product?

I can’t speak for the higher-ups in WWE, I don’t know what they do in their personal time. As for myself sometimes I’m too honest but I can’t help it, I didn’t watch much TNA when I worked with WWE. I only watched WWE at the time and we had a lot of programming that I needed to keep up with and that I needed to know every one of the storylines we had going on.

When I was with WWE I didn’t watch any wrestling from outside of WWE, I didn’t listen to wrestling podcasts. It’s such a crazy world up there, we’re on it all the time, you get home on Wednesday and you leave again on Saturday, so you really cherish that downtime away from work because you really needed to recharge your batteries and for me that involved just getting away from it altogether.

You’ve been working with TNA since the summer, what has the move to TNA been like?

I’ve been given the opportunity to sit in on marketing meetings and PR meetings, and I’m asked how we should attack shows when we go to film in Orlando for a couple of days, spreading the word that we are going there. For me, it is pretty cool because I’m getting to learn the business side of pro wrestling and that is invaluable.

TNA is going through a big transition – how do you feel the move to Destination America has been for the company?

Everyone is feeling really positive about it, Destination America has been a tremendous partner, you can’t watch a show on the network and not see a promo or commercial for Friday night Impact. A lot of places where I’ve worked before you didn’t really see the big promotions for the shows, you got it during the show but that didn’t really make much sense because you already had your audience and fans.

With Destination America being a bit of a younger network I feel they’re very hungry and it has been a great opportunity and partnership for everyone involved.

Since arriving in TNA what have you made of the roster?

I knew the likes of Kurt Angle, Jeff and Matt Hardy and Ken Anderson from my time in WWE but I’ve always known of the talent that has been in TNA as well, Bobby Roode, Austin Aries, Bram and the list goes on.

I said it the day I came here and I will say it again now, I think you can put our roster up against any other roster and we are either on par or a little bit better – I think the roster here is just incredible. It is such a hard-working group of young men and women who work together, it’s a completely different feeling in the locker-room amongst the talent here compared to anywhere else I’ve worked. 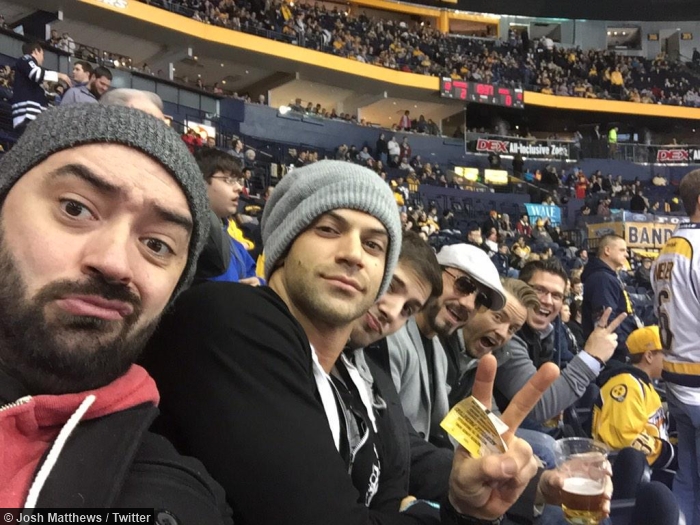 What can we expect from TNA in the coming months?

You can expect a lot for sure, I don’t want to spoil anything or give anything away and I have seen only what the fans have seen. I don’t like to watch anything beforehand, I like to call it for the first time when I see it because I feel you get a more genuine reaction other than something you’ve seen before – so when Drew Galloway made his impactful debut, when I was calling the action it came as a surprise to me as well.

You’ve worked closely with Rockstar Spud, what is your relationship with him like?

I love Spud, I’m so thankful that he’s here and that he lives in Nashville and won the first season of British Bootcamp. He has been so helpful in so many different ways with my transition coming to TNA and he is just someone that understands the business, he gets it and he is a good sounding board when I need someone to talk to.

How would you describe Dixie Carter as a boss?

She is incredible, she has made the transition here so smooth and again you talk about someone that is completely hands-on. She is here in the offices every day in meetings and it is just a great office feeling – there is a great vibe and they set the standard from the top and you look forward to coming to work every day.