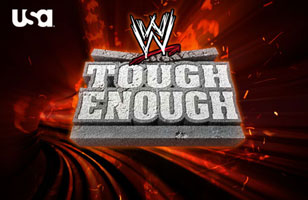 The announcement was made on Thursday at the Critics Association Winter Press Tour event in Los Angeles that, after a four-year hiatus, WWE Tough Enough will be returning to the USA Network at some point in the future. USA Network President Chris McCumber made the announcement, stating “I am pleased to announce that USA is bringing back ‘Tough Enough,’ the action-packed competition reality show from the ratings juggernaut, WWE. The show will have a completely new format, with live elements that will truly make this event television. After signing another multi-year deal for Raw and SmackDown, this is the perfect time to bring back the series and capitalize on the enormous audience appeal of sports-entertainment.”

Tough Enough was originally slated to return as a WWE Network exclusive once the network launched last year, but that plan was put on hold indefinitely due to budget cuts, despite some of the show already being filmed. Now it appears as if the USA Network has stepped in and funded the project with the show airing on the USA Network instead of the WWE Network. No schedule of any sort has been revealed for the revamped Tough Enough, but one would expect filming to begin sometime this year with a return to television happening in late 2015 or early 2016.

Since its inception, Tough Enough has yielded mixed results with some of the show’s winners achieving success while others achieving brief stardom. In its history, Tough Enough has produced the likes of John Morrison, The Miz, Ryback, Maven, Nidia, Christopher Nowinski, & Matt Morgan. The most recent winner of WWE Tough Enough was Andy Leavine in 2011, who made a couple appearances on the main roster before being sent to FCW and ultimately released a year later.

Are you a fan of Tough Enough? Post your comments in the box below.