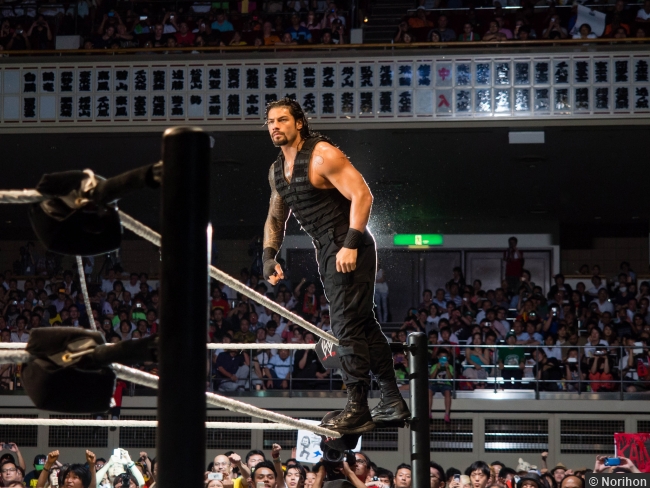 For the 28th year in a row, one Superstar would be looking to pave his way to the main event of WrestleMania via the world’s most rewarding battle royal, the Royal Rumble Match, as the 28th annual WWE Royal Rumble came to you, live on the WWE Network, from the Wells Fargo Center in Philadelphia, PA. On a cold night in Philly, thirty of WWE’s top Superstars would compete in the wild and unpredictable Royal Rumble Match as Superstars like Roman Reigns, Daniel Bryan, Big Show, Kane, Dolph Ziggler, Ryback, Dean Ambrose, Bray Wyatt, Rusev, & Bad News Barrett would aim to outlast each other all in the name of cementing their spot in the main event of WrestleMania 31 where they guarantee themselves a shot at the WWE World Heavyweight Championship! Who will join the likes of Hulk Hogan, Ric Flair, John Cena, Triple H, The Rock, Bret Hart, Shawn Michaels, & Stone Cold Steve Austin as a Royal Rumble winner?

While the Royal Rumble Match would determine the #1 Contender for the WWE World Heavyweight Championship in the main event of WrestleMania, a Triple Threat Match would go a long way in determining who would be defending the title on “The Grandest Stage of Them All”. Originally pegged as the final showdown between champion Brock Lesnar and #1 Contender John Cena, Seth Rollins’ master plan to bring back The Authority yielded a big reward for “Mr. Money-in-the-Bank” as Triple H & Stephanie McMahon would put their protégé in the WWE World Heavyweight Title match. What initially appeared to be an alliance between Brock Lesnar and Seth Rollins for the match dissolved at the hands of Seth Rollins, who got the attention of “The Beast” when he put Brock Lesnar, as well as John Cena, down with the Curb Stomp a couple of weeks ago on RAW. Now, at the Royal Rumble, it will be every man for himself as champion Brock Lesnar, #1 Contender John Cena, and the self-proclaimed “future of WWE” Seth Rollins go to war in a Triple Threat Match with the first man to score a pinfall or submission walking out of the Royal Rumble as the WWE World Heavyweight Champion and taking a major step towards cementing his spot in the main event of WrestleMania!