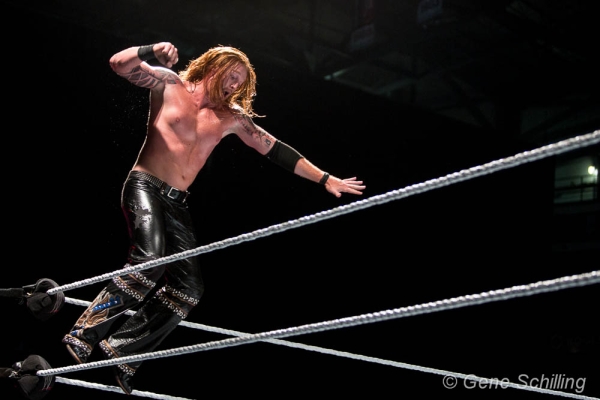 WrestlingInc.com has posted a statement from WWE revealing that an arrest warrant has been issued by Atlanta police for WWE Superstar Heath Slater (Heath Miller) for assaulting a woman in 2011. The statement from WWE reads, “WWE has been advised that a misdemeanor arrest warrant has been issued against Heath Miller (aka Heath Slater), but we have not seen a copy or been provided with the underlying charges. Once this information is received by WWE, we will take the appropriate action.”

Atlanta television station WSB-TV ran a report on the story, saying that the victim, security guard Corinne Oliver, was assaulted by Slater the weekend of WrestleMania 27. According to the report, Slater tried to get Corinne to go back to his room with him, but when she refused, Slater allegedly started choking the security guard. The victim alleges that she suffered damage to five vertebrae in her back and that several other wrestlers witnessed the incident, but none of them got involved. Corinne stated that she immediately reported the incident to her supervisors, but did not file a police report until August of that year. The case has been pending in court ever since and an initial arrest warrant for Slater was denied in 2013. WWE has yet to comment on whether or not the three-time WWE Tag Team Champion will be punished in any way for the alleged assault.

Are you a fan of Heath Slater? Post your comments in the box below.