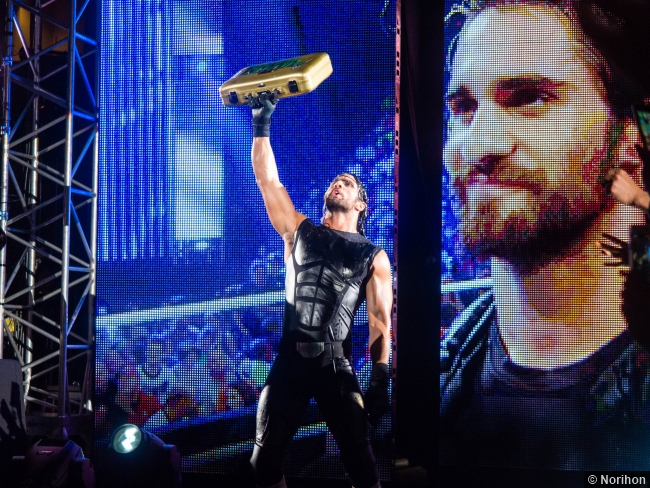 A Deal with the Devil?

One night after a brutal and destructive WWE TLC event, the 1125th edition of WWE Monday Night RAW came to you, live, from the Joe Louis Arena in Detroit, MI. The sixth WWE TLC event was certainly one for the record books as the night was filled with vicious matches, cringe-worthy destruction, and personal animosity. One man who arguably made the biggest impact at WWE TLC was the 2014 Superstar of the Year Roman Reigns, who surprised the world by returning during the Tables Match between John Cena and Seth Rollins. Just as it looked as though the interfering Big Show was going to cost John Cena his #1 Contender’s spot, Roman Reigns would emerge through the crowd, not only driving Big Show through a table with a massive Spear, but extracting revenge on his former Shield brethren Seth Rollins, allowing Cena to put Rollins through a table to win the match. As if his surprise return was not enough, Roman Reigns would also announce that he is officially throwing his name into the hat as one of the thirty men in the Royal Rumble Match! After making such a major impact at WWE TLC, what does Roman Reigns have in store for RAW?

By virtue of his win over Seth Rollins in a Tables Match at WWE TLC, John Cena is still the #1 Contender for the WWE World Heavyweight Title and Cena will get his shot at the gold when he challenges Brock Lesnar for the WWE World Heavyweight Championship at the Royal Rumble next month. After being dominated by Brock Lesnar at SummerSlam and cheated out of the championship by Seth Rollins at Night of Champions, what does John Cena have in store for his final battle against Brock Lesnar at the Royal Rumble?

One Superstar who is sure to shake things up on RAW is the first Undisputed Champion in WWE history, Chris Jericho, as “Y2J” will be in charge of RAW as this week’s guest General Manager! The six-time former World Champion has an interesting history with several members of the WWE roster, which will certainly make this week’s RAW an interesting one. With Chris Jericho already scheduled to host his talk show segment, The Highlight Reel, with his special guests, United States Champion Rusev & Lana, what else can we expect from the always entertaining legend?