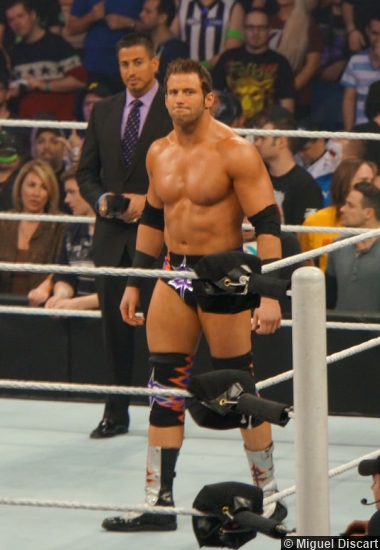 The Wrestling-Online Newsletter is reporting that, as revealed by the man himself, former United States Champion Zack Ryder will be out of action for an undetermined amount of time due to tearing his rotator cuff at a recent WWE Live Event. After Ryder tweeted out that he would not be going on WWE’s European tour, several websites immediately started reporting that the former WWE Tag Team Champion was about to get fired from WWE. However, a couple of hours later, Ryder responded with the following tweet, “The Internet people love to twist words to make a story. Here’s the deal…I tore my rotator cuff…MMMAAAYYY need surgery…relax.” Needless to say, if Ryder’s rotator cuff tear does require surgery, it could be several months before Ryder will be able to in-ring competition. Ryder’s most recent in-ring appearance was on this past Monday’s RAW, where he lost to Rusev.

Are you a fan of Zack Ryder? Post your comments in the box below.