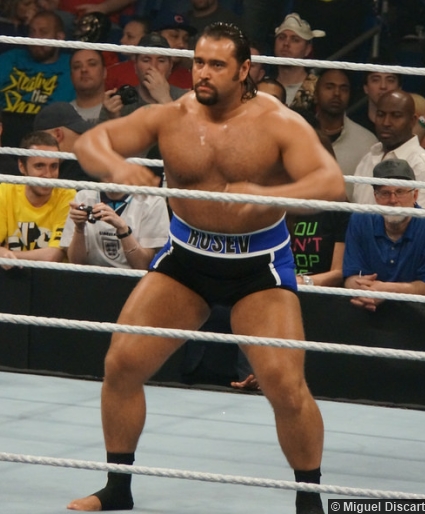 Anyone who watched last night’s RAW would learn of a special title match that would air exclusively on the WWE Network immediately following RAW as Sheamus would defend the United States Title against the undefeated Rusev. In that match, both men would pummel each other in and out of the ring with Sheamus even breaking out of Rusev’s signature Accolade submission, but when Rusev locked in the Accolade for a second time, Sheamus was unable to break the hold and, even though Sheamus did not tap out, he would pass out from the pain. As a result, Rusev won the match by submission and became the brand new United States Champion, the first title in his young career.

Before losing the title last night, Sheamus was the longest reigning current champion in WWE, having held the title for just under six months (Sheamus won the title from Dean Ambrose in a battle royal on the May 5 episode of RAW). In addition, Rusev became the first Bulgarian-born champion in WWE history and joins an impressive list of wrestlers to hold the U.S. Title, including Harley Race (the very first champion), Ric Flair, Roddy Piper, Dusty Rhodes, Lex Luger, Sgt. Slaughter, Bret “The Hitman” Hart, Booker T, & John “Bradshaw” Layfield, among others.

What do you think of the new U.S. Champion? Post your comments in the box below.