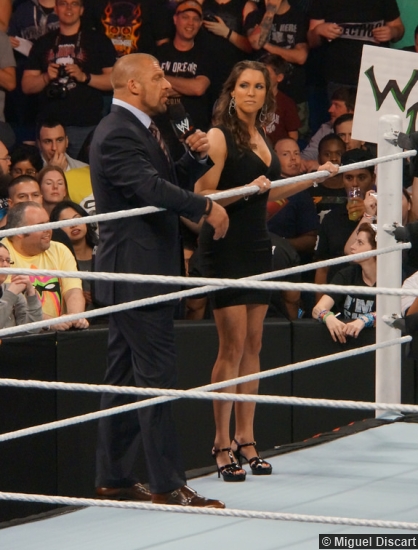 The 28th annual WWE Survivor Series will come to you, live on the WWE Network and select pay-per-view providers, in three weeks on November 23 from the Scottrade Center in St. Louis, MO. As announced on RAW, the scheduled Traditional 5-on-5 Survivor Series Elimination Tag Match has had a major stipulation added to it. Here is the updated card:

In the match between Team Cena and Team Authority, if Team Authority loses, then Triple H & Stephanie McMahon will no longer be in charge of WWE. As of this post, Team Cena consists of team captain John Cena and Intercontinental Champion Dolph Ziggler with three more teammates to be announced soon. On Team Authority, co-captains “Mr. Money-in-the-Bank” Seth Rollins and Director of Operations Kane are confirmed for the team with three teammates to be announced soon.

Do you think Team Authority will lose? Post your comments in the box below.