But that meant we had until 7pm to kill. We rounded out our touristy things to do with a visit to the LaLaurie House, which is thought to be the most haunted place in New Orleans (and funnily enough, was also owned by Nic “Nosferatu” Cage at one point). 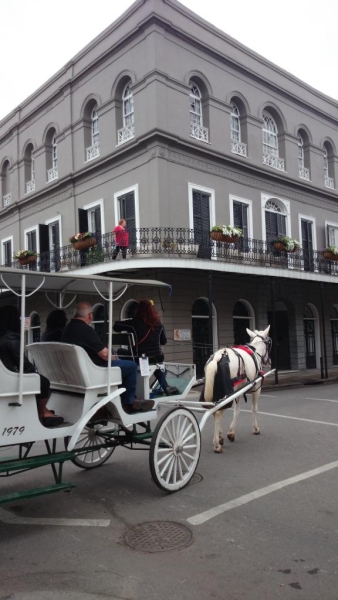 We went to IHOP again because the Breakfast Sampler is that damn good, and having exhausted not only our list of tourist destinations, but also my tolerance for walking around, we just chilled out in our hotel until we had to head out to WrestleCon.

We set out for WrestleCon in the rain, but the weather couldn’t perturb me for I had a mission in mind. I was a man with a plan, and that plan was to get myself a picture with Kevin Steen. As we headed down to the Sugar Mill we saw plenty of people heading in the opposite direction towards the Hall of Fame, but I also saw quite a number of people heading in the same direction as us.

I guess that’s the thing to remember here. WrestleMania week isn’t just about WWE. ROH ran a show on the Friday night, which I unfortunately didn’t get to because I only realised it was on about an hour before it started. WrestleCon basically brought together the best of the Indies in New Orleans for those who didn’t want to be entirely submersed in the WWE vibe, and it was excellent. I bought some merch from Joey Ryan who complimented me on my Cobra top, and I spoke to Candace for a while about our mutual love of the Legend of Zelda (she was wearing a triforce pendant, so I had to mention it). 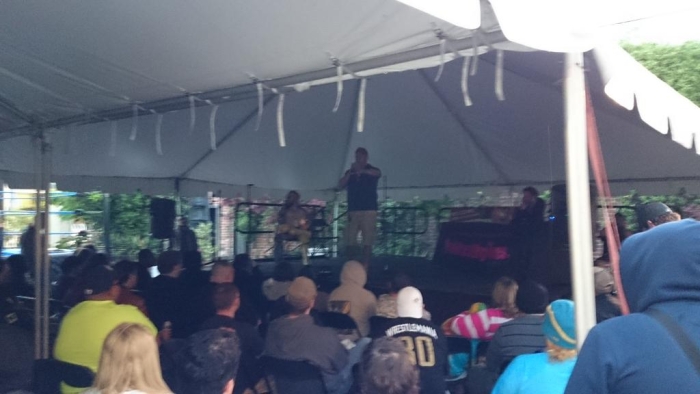 I spoke to Colt again for a while, and for the second time in a row he didn’t have my size left in the shirt I wanted. Although he was pretty amused when I told him it’s okay I’d just visit coltmerch.com and get it from there. I also got to have a bit of a chat with Kevin Steen after purchasing myself a “Package Piledrive Everyone” shirt. He was such a nice guy, and quite happy to pose for pics and stuff: 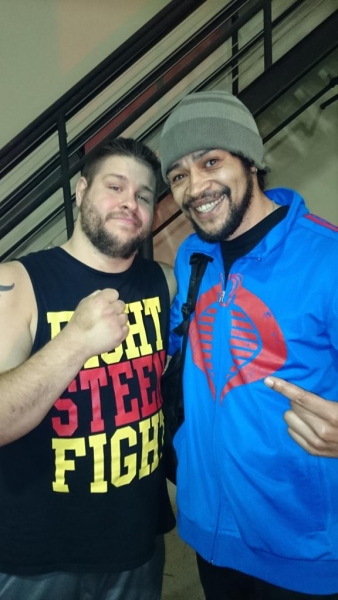 The WrestleCon show itself was immense. The vibe in the crowd was amazing, and everyone was having a whale of a time. We chanted “Pizza” at Matt Striker. We shouted for Jeff Jarrett to spank Colt Cabana’s ass. I was sat next to quite possibly the biggest Jeff Jarrett fan in the whole world who could only be quietened down by reminding him that JJ lost to Chyna in the Good Housekeeping match. 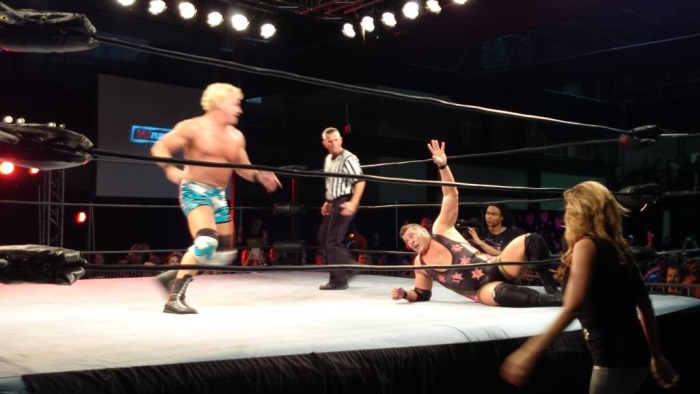 Bad Influence issued an open challenge, and were amazing in how they had the entire crowd eating out of the palm of their hands. I even got a Rufio chant going for one of the competitors in the 4 way tag match who’s name escapes me because we all referred to him as “RU-FI-O, RU-FI-O, RU…FI…OOOOOOOOOO” for the entirety of the night. I even got chatting to some of the other folks in the crowd during my frequent trips to the bar and the smoking area, and everyone was super nice. There wasn’t one person who didn’t seem to be having a good time. In fact, the only gripe I do have is that main event between MASADA and DJ Hyde that dragged on and on for waaaaaay too long. So long in fact that most of us lost interest and started milling around and not even watching the match. Saying it was supposed to be the Ultraviolent Deathmatch Finale to the evening, that wasn’t a good sign. On the upside though, by not paying attention to the match I did get to bump into Bayley and Sasha Banks at the bar to say hi and tell them both how awesome they and NXT are.

Maybe it was the deflating feeling of MASADA and DJ Hyde, maybe it was consuming my own weight in Heineken, maybe it was the fact that the show didn’t wind up until after 1am, or perhaps a combination of all three, but instead of attending the after party I decided to head back to the hotel. The streets were heaving with folks leaving the Hall of Fame, IHOP had a queue out of the door, the CM Punk and YES chants had returned in full force, and I was officially about to sleep for the final time before WrestleMania…