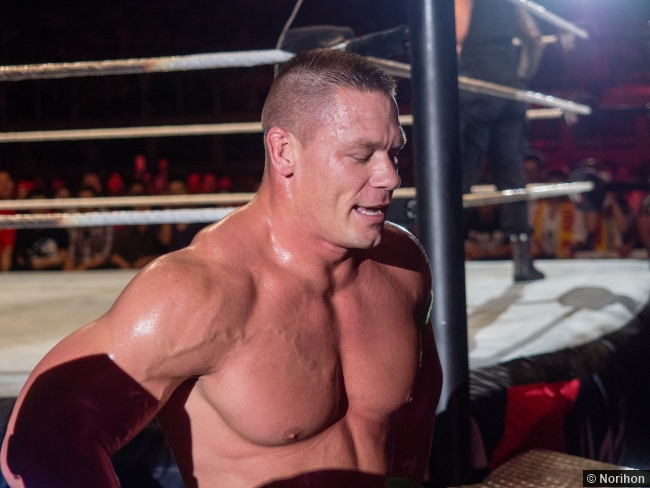 The 789th edition of WWE Friday Night SmackDown came to you from the BMO Harris Bradley Center in Milwaukee, WI. For the first time since having his skull stomped into the Money-in-the-Bank briefcase, courtesy of Seth Rollins, Kane, & Randy Orton on RAW, fifteen-time former World Champion John Cena would kick off SmackDown to address the attack on him at the hands of The Authority!

This past Monday night on RAW, Big Show would embarrass Rusev as he would dominate “The Hero of the Russian Federation”, sending Rusev heading for higher ground, but the question still remains if “The World’s Largest Athlete” went too far as, with Rusev & Lana angrily looking on, Big Show would rip the giant Russian flag that hung over the ring, resulting in the Russian flag lying on the ground. This incident prompted WWE to issue an official apology to the Russian people on WWE.com, but with Big Show scheduled to address the situation on SmackDown, will “The World’s Largest Athlete” personally apologize for his actions?

Intercontinental Champion Dolph Ziggler would enlist the help of a fellow champion on SmackDown as “The Show-Off” would team with United States Champion Sheamus to face the self-proclaimed “A-Lister” The Miz and The Miz’s stunt double, Damien Mizdow, in tag team action. Also on SmackDown, former tag team champions The Usos would face the team now known as Slater & Gator, Heath Slater & Titus O’Neil and, after revealing her new best friend Alicia Fox on RAW, former Divas Champion Paige would battle Naomi on SmackDown.