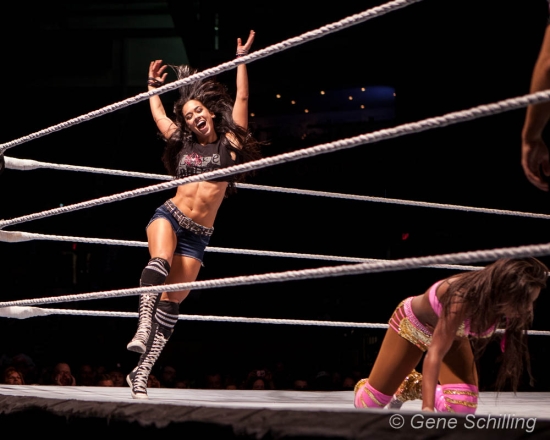 The sixth annual WWE Hell in a Cell will come to you, live on the WWE Network and select pay-per-view providers, this Sunday night, October 26, at 8/7c from the American Airlines Center in Dallas, TX. As announced during last night’s RAW, the Divas Title and the WWE Tag Team Titles will be on the line at the event. In addition, a special stipulation has been added to the Hell in a Cell Match between John Cena and Randy Orton. Here is the updated card:

The winner of the Hell in a Cell Match between John Cena and Randy Orton will earn a future shot at the WWE World Heavyweight Championship.

In the match between Brie Bella and Nikki Bella, the loser of the match must become the personal assistant for the winner for 30 days and, if the loser refuses to serve the role, they will be forced to quit WWE.

The WWE Hell in a Cell Kickoff will start at 7/6c, one hour before the pay-per-view starts, and will air exclusively on the WWE Network.