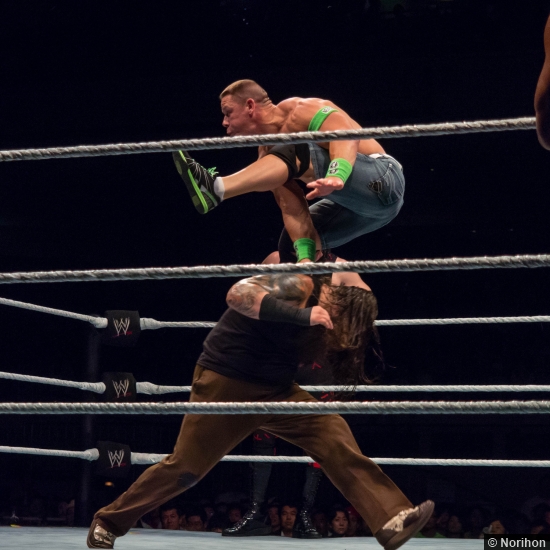 The 785th edition of WWE Friday Night SmackDown came to you from the Pinnacle Bank Arena at the University of Nebraska in Lincoln, NE. With his big rematch against Brock Lesnar for the WWE World Heavyweight Championship just a couple of weeks away at Night of Champions, fifteen-time former World Champion John Cena would kick off SmackDown to address the WWE fans regarding his title match against “The Beast”.

Before she defends the Divas Title in a Triple Threat Match against both AJ Lee and Nikki Bella at Night of Champions, Divas Champion Paige would go one-on-one with Nikki’s sister, Brie, on SmackDown in a non-title match. Given the emotional state of Brie Bella over her sister’s hateful words and actions over the last couple of weeks, can Brie find a way to defeat the Divas Champion or will Paige capitalize on a broken Brie? Also, before their respective title matches at Night of Champions, Intercontinental Champion Dolph Ziggler would face the #1 Contender for the United States Title, Cesaro, in a non-title match.