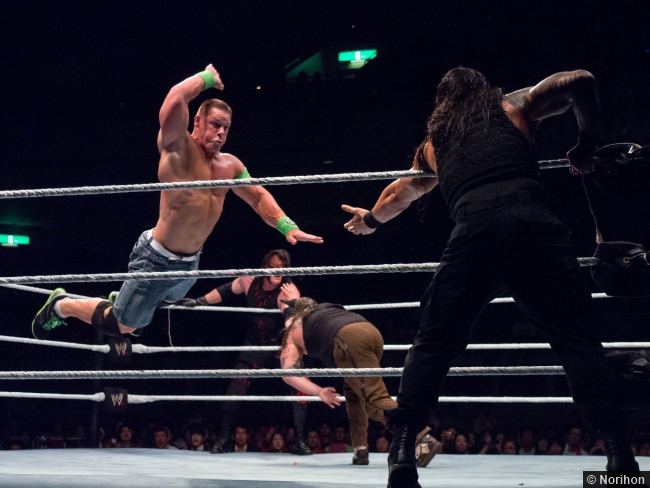 The 1110th edition of WWE Monday Night RAW came to you, live on Labor Day, from the Wells Fargo Arena in Des Moines, IA. On what is sure to be a volatile edition of Chris Jericho’s talk show segment, The Highlight Reel, the first Undisputed Champion in WWE history will ‘welcome’ the first WWE World Heavyweight Champion in history as “Y2J” and his former rival, “The Viper” Randy Orton, will share a ring for The Highlight Reel. With Chris Jericho’s tendency to anger his Highlight Reel guests, will the host come to blows with “The Apex Predator” and what will come out of the confrontation?

With some help from Big Show & Mark Henry, John Cena sent a definitive message to the WWE World Heavyweight Champion Brock Lesnar on last week’s RAW by laying waste to all three members of The Wyatt Family. With his rematch against “The Beast” coming up in just under three weeks at Night of Champions, what will the fifteen-time former World Champion do on RAW to make sure that Brock Lesnar takes him seriously?