Many of you reading the title of this article will likely have responded in one of two ways. The first would be of uproar, suggesting that this is simply an easy target for wrestling scaremongering. The Divas division has always been an easy target of outsider commentary, and the suggestion that it “died” upon the inauguration of the PG era is simply piling on to a situation that is actually getting better. The second group, interestingly enough, would take up the contrary position, asking “Are you only just realising this?”

For a number of years, I stood firmly in the first camp. It appeared clear that the problem was not that wrestling had become PG, but that it was an issue with creative fumbling or fan apathy. The loss of prominent divas such as Trish Stratus, Lita and Stacy Keibler in close proximity left a hole in the division, and creating new stars to take their place had been a difficult and gradual process. It turns out that there was both truth and fault in my logic as time grew. Yes, there was creative flailing, and there was fan apathy, and the new divas weren’t getting over in the same way as the previous generation. But, all of these facets could be explained by the end of the “Ruthless Aggression” era. 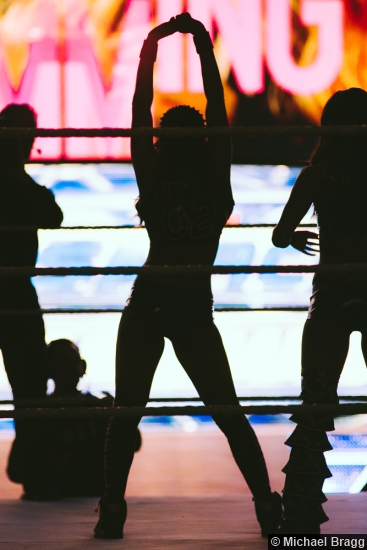 For those still living in the first camp, this has absolutely nothing to do with the talent in the current crop of divas. In fact, in terms of wrestling ability and personality, this is undoubtedly the most talented group of women ever assembled in the company. There is the psychotically adorable AJ Lee; the vicious Anti-Diva Paige; the glamorous, catty Bella Twins; the kooky Aussie Emma; the second-generation Natalya; the Queen Bee Alicia Fox; and the dancing gal pals of Layla and Summer Rae. Speaking with complete honesty, turn of the century divas, with the exception of Lita, had neither the ability nor the individuality. Even Stratus, considered the greatest diva of all time, took time to learn her craft effectively, and showed most charisma as a heel. The current group of women have at least one of a strong personality or great ringcraft, and in many cases both.

Yet, the WWE Divas still are constantly discussed over their lack of time and creative direction. Since Stratus retired at Unforgiven 2006, there had not been a single one-on-one divas match on PPV to go longer than ten minutes until this year’s Summerslam, where Stephanie McMahon defeated Brie Bella. Not one. Not that this was entirely new for diva matches that did not feature either Stratus or Lita, and preferably both. But, beyond this, diva storylines and exposure on television undeniably derailed from 2008 onwards. The matches were short, the championship was interchangeable, and the divas were generic and unappreciated. Fan apathy grew by the day, to the point where the current attempts of reviving the division with AJ Lee, Paige and Natalya leading the charge are met upon by silence and disappearance. At this point, one would not appear ridiculously pessimistic to suggest that it was an unrecoverable task in this era. And there is a simple reason for this. 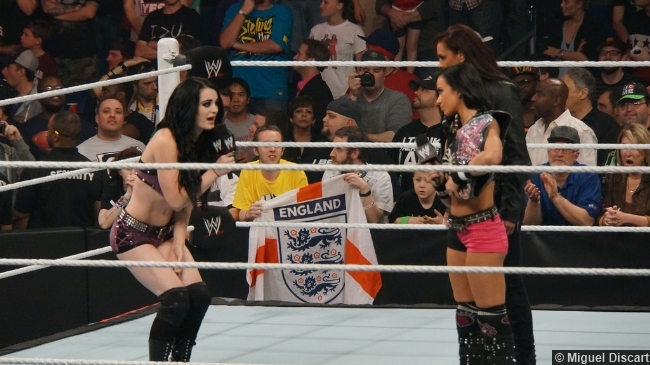 The WWE is sexist. Its management is sexist. Its fans are sexist. The culture of sport which WWE is part of is sexist. Therefore, it is ironic that the period where the women were afforded the most time, received the biggest reactions, and were hugely vital assets of programming was when WWE exploited these sexist tendencies. Let’s face it, there are two reasons why Debra got one of the biggest pops on RAW, and they weren’t her in-ring prowess and acting skills. The tale is a similar one for the likes of Sunny, Sable, The Kat, Terri Runnels, Torrie Wilson, Dawn Marie, Keibler and Stratus in her early years. They were desirable women pushing the envelope in edgy, captivating angles. They were complimented with some women that mixed their beauty with strong wrestling skills, such as Ivory, Jazz, Jacqueline, Molly Holly, Victoria, Gail Kim and of course Lita. But, besides the fiery redhead, these women were pushed far less, and received lesser reactions. And added to these were the unique looks of the likes of Chyna and Luna Vachon that had their own fan followings. The predominantly male crowds new what they wanted, and from 1997 to 2008, they got it in spades.

It’s not right, it’s not fair, and it’s not just. But it’s the truth. The women of WWE had the most power and influence and creative direction than ever before when they were best able to make use of their bodies. That is not to suggest that the current generation of divas aren’t sexy, because they are some of the most beautiful women on television. However, due to the company’s distancing from the controversial material of the Attitude Era, they are not able to exploit it and flaunt it in a manner that the previous years did. Ask them today and a lot of those divas would likely wish to have been performing a decade or so earlier, because they could push the envelope both in the ring and backstage in ways that they cannot do today.

In recent years, it is rare to have a broadcast of RAW or Smackdown that has brought in viewers due to what the divas were doing on the show. This is one element that has clearly changed, perhaps more than any other aspect of the decline of the divas division in WWE. Not every segment the women produced in these years was captivating or excellent. Not every match was a showstealer, because quite frankly a significant number of their matches sucked. Additionally, not every diva hired became a star, or captured the crowd’s attention for an extended period of time like those listed previously. In the same vein, there have been some fantastic divas matches and storylines in the PG Era, with the likes of Beth Phoenix, Mickie James, Melina, and Michelle McCool putting on awesome shows. But, as the PG Era took hold and became the status quo, the anticipation for these angles became less and less, which has been the real chokehold for the divas division in the past few years. 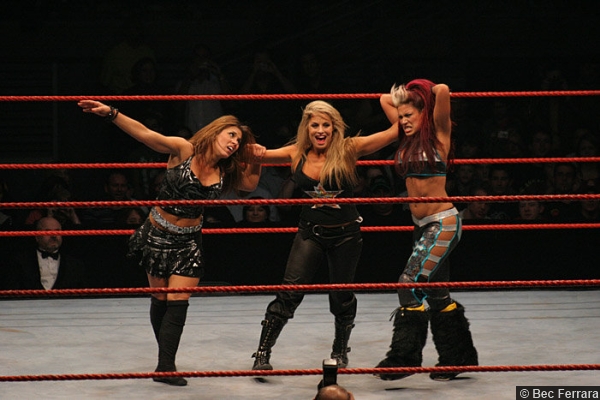 Should the women become the focal point of every broadcast? Listen, the company is built on the back of male superstars and musclemen, so that is unrealistic. WWE has a predominantly male fanbase, so such a massive transition would be illogical and unnecessary. But, having said that there should have been some changes. If the divas are no longer able to dance around in bikinis, or compete in hardcore gimmick matches, or compete against men, then to keep them relevant they needed some realistic, intense, and compelling feuds to compensate for the lack of edgy, extreme, sexualised content that previously kept fans hooked. As they weren’t able to take short segments to have Bra & Panties matches or Lingerie Battle Royals, or insert themselves in table or ladder matches, they needed longer matches, intriguing championship matches, maybe a main event on RAW or Smackdown every now and again.

All the divas could be improved and made interesting again with some of the added excitement of both the Attitude Era and the Ruthless Aggression years. Paige is currently the only diva that is to some degree adding strange sexualised undertones to her ringstyle to try and get over, and frankly she is the last person who needs this gimmick. As the certified anti-diva, the opportunity to compete in a few No-DQ matches or Falls Count Anywhere matches once in a blue moon would do wonders, as she is undoubtedly talented enough to excel in such an environment. Simultaneously, adding some of these contests would make fans intrigued into what could happen next with a divas feud, as the unpredictability and drama would hook fans like it does for the men’s matches. AJ Lee, Natalya and Alicia Fox could all carry such matches also. Emma could become a little more unrestricted in her comedy and kookiness. And the less ring savvy of the divas, like Cameron, Eva Marie and Lana could become the charismatic eye candy in the mould of Sable, Torrie Wilson and Maria Kanellis as they learnt their trade.

It doesn’t have to be overtly sexual, despite the large male fan following that drools over these aspects. Women can be strong, independent and carry their own characters given more direction and time to perform. A gimmick match, a personal feud, a humorous backstage skit, anything can make them integral parts of advertising the company. Maybe the creative team can make an interesting extended feud over the Divas Championship, instead of going from one generic challenger to the next every month with little originality. Perhaps those backstage could come up with an effective storyline that doesn’t revolve around a romantic involvement with a male superstar. Is it no wonder that the most over diva of the past half-century, AJ Lee, may have shared more on-screen kisses than Vince McMahon’s backside, but she had every superstar wrapped around her little finger, rather than the other way around. She is strong, beautiful and talented, and if she had been wrestling in 2002, she’d by now have been remembered as one of the greatest of all time.

Instead, she and the rest of her coterie of divas in the locker room only have to look forward to generic, uninteresting, ‘safe’ stories that achieve nothing but fill a few minutes on each card. Instead of sending fans’ pulses racing, they are more likely to send fans to sleep or straight to the concession stand. I mean, Stephanie McMahon and Brie Bella recently showed how a storyline bred on real animosity between two women can grip the fans and get them invested. And the moment that the creative team attempted to fall back on old habits with that ridiculous Megan Miller malarkey, the storyline lost almost all its momentum. On this day, the company actually has the opportunity to entice fans through the divas division, with the AJ Lee/Paige feud, and the hostility between the Bella Twins. Some have said they are not enthusiastic about the upcoming feud between Brie and Nikki, but let’s face it, Terri Runnels and The Kat’s feud wasn’t exactly great wrestling or content. But fans still would look forward to it because it had elements that they sought out and interested them. 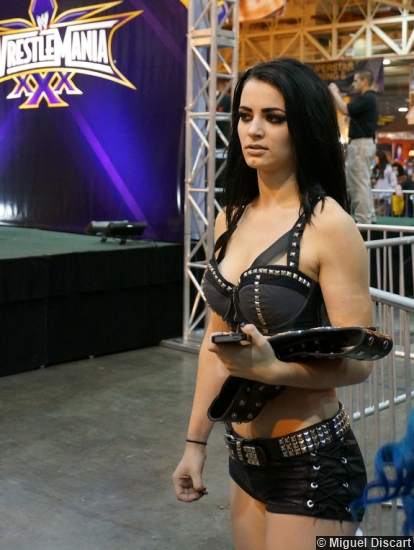 To conclude, the title might be somewhat apocalyptic about the state of the divas division at this moment, but it is unfortunately apropos of this current era. I am a huge supporter of some of the immense talent that currently resides in WWE, especially on the female side. They are better wrestlers than those in the past epochs of wrestling, and given the right direction and time, they could rewrite the concept of the term “diva” to compose creative material and exciting programming. However, in the current management structure, they seem unable to formulate a means of making women’s wrestling a selling point without employing them as sex objects. Though that’s how the divas of the Attitude/Ruthless Aggression eras were often held, and to their credit a number of them took that opening and bust the door wide open in order to become some of the biggest stars in the business. So, whether after this generation, if there is a reversion back to this edgy material, or a whole new means of selling them to the audience, eventually the women of this company will once again become huge stars in WWE. I simply feel sorry for the likes of Gail Kim, Beth Phoenix, Maryse, Natalya and Kaitlyn, who had to endure substandard tenures that would have been far more celebrated a decade or so ago. But, it is irrefutable that PG’s restrictions, given enough time to fester, will kill the divas division, like it almost did back in the mid-1990s.