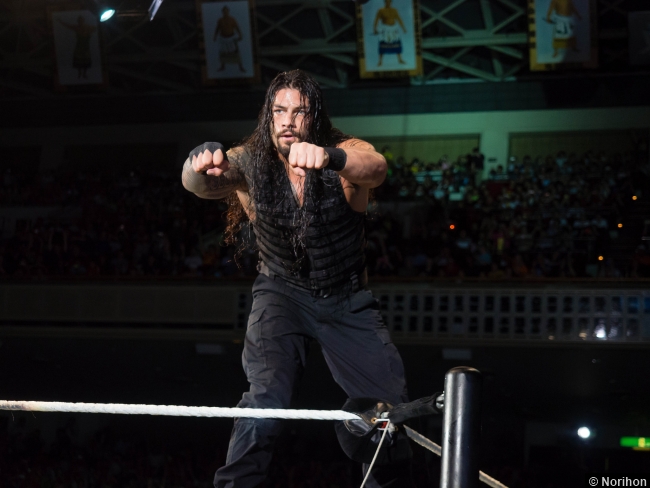 The 784th edition of WWE Friday Night SmackDown came to you from the Citizens Business Bank Arena in Ontario, CA. After exerting some longtime, pent-up frustration on Seth Rollins on RAW, coming within an eyelash of crushing the skull of “Mr. Money-in-the-Bank” with a concrete block, Roman Reigns would collide with another man he is very familiar with on SmackDown as “The Juggernaut” would go one-on-one with the leader of The Wyatt Family, Bray Wyatt. Speaking of “Mr. Money-in-the-Bank”, Seth Rollins would also be in action on SmackDown as Rollins would go one-on-one with Rob Van Dam in a rematch from WWE Main Event.

Twice over the past two weeks, Rusev has beaten Jack Swagger to the point where Swagger was unable to continue the match and, on SmackDown, the next chapter in this heated rivalry would prove to be an interesting one as “The Real American” Jack Swagger would try to get back on track when he goes one-on-one with “The Hero of the Russian Federation” Rusev in a Submission Match, where the only way to win is to make your opponent tap out!

Ever since Big Show and Mark Henry joined forces a few weeks ago, one team has been the focus of the titanic tag team as “The World’s Largest Athlete” and “The World’s Strongest Man” have had the number of The Wyatt Family’s Luke Harper & Erick Rowan and SmackDown would see the latest collision between these two teams. Also, after Gold & Stardust’s unexpected assault on the WWE Tag Team Champions, The Usos, on RAW, one-half of the tag team champions, Jimmy Uso, would be looking for payback when he goes one-on-one with Stardust on SmackDown.