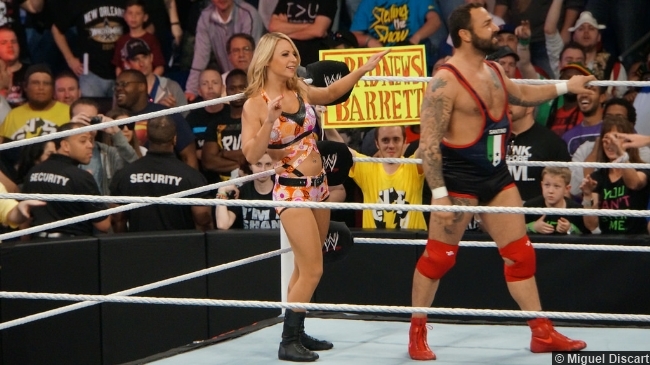 To say that it has been a rough week for WWE Diva Emma (Tenille Dashwood) would be a major understatement as, according to PWTorch.com, the Australian Diva was arrested for shoplifting from a Walmart store in Hartford, CT on Monday afternoon. Emma was sentenced to one hour of community service for the low-level larceny charge she received on Tuesday. Upon learning of Emma’s scrape with the law, WWE.com made the announcement on Wednesday that WWE has come to terms on the release of Emma. Emma’s attorney would later claim that Emma’s shoplifting of an iPad case from Walmart was simply a mistake as Emma “forgot” to pay for the item. Later that same day, WWE.com announced that they had reinstated Emma, but the company will be taking “punitive action” against Emma for her violation of the law.

What do you think Emma’s punishment should be? Post your comments in the box below.