By Henry Higgins
Wrestling Book Reviews
This page contains affiliate links. At no additional cost to you, we may earn a commission if you click through and make a purchase. Learn more

When I was first asked to review this book by Stuart Millard, I thought that it would be a chore, an extra task I didn’t need among the DVD reviews, the newsletter I write for and spending time with my family, but as he asked nicely I knuckled down for what I expected to be something I would grind my way through before summing it all up for the readers of Wrestling101.com. 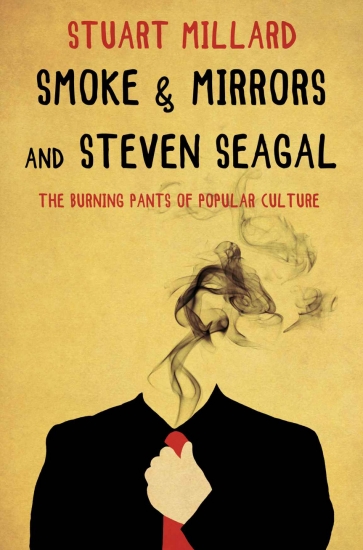 Stuart Millard takes a look at the myths perpetuated by them, pop-culture figures in sport, entertainment and sports-entertainment. From the many legendary tales of Steven Seagal to the insanity of Bill Murray’s “no-one will believe you” phenomenon, he takes a look at not only what the myths are, but why they were perpetuated in the first place and also why so many are willing to believe in them.

One of the more unknown “characters” is martial-arts master and practitioner of “real” magic, James Hydrick. Here was a guy who just walked into a TV studio and made wild claims about being telekinetic and then, incredibly, backed it up on numerous live shows. Claiming to have been a travelling world warrior (long before Street Fighter II was even a gleam in the motherboard’s eye), taught by an ancient Chinese master, his feats (including moving pencils, pool cues and turning pages in a book… all with just the power of his mind) captured the imagination and made him a massive star, with a training dojo for around 300 students.

It was all going swimmingly, at least until his technique was revealed and it all came crumbling down at the hands of a personal hero of mine (and inspiration for the Patrick Jane character in The Mentalist), Mr. James Randi. He was a stage magician who then gave up the act to become a crusader who exposed hoaxers and charlatans, especially those who would seek financial reward for their “talents”. If anyone deserves to have his name be known, it is James Randi.

Every time he has faced someone who claims to have otherwordly gifts, Randi has offered his own money ($1,000.00 at the beginning, upped to $1million at the last count) if they can prove to him that these powers exist. Since he started it in 1968, the money remains unclaimed to this day.

The story is fascinating (and one I only became aware of a few months ago when there was a Greatest Magic Tricks countdown on Channel 4), so to see it as part of a larger canon of outrageous claims from all walks of celebrity life is a personal joy.

The one thing that ties all of these stories together is that, at their core, they almost could be true. This in itself is the trademark of the master bullshitter. A trait which leads us to the reason why Wrestling101 was asked to review the book; Hulk Hogan and Brian Pillman.

“The Loose Cannon” persona is dissected in great detail, with an insightful look as to why Pillman created it and ultimately, why Pillman couldn’t escape it.

Conceived as a way to get over, the character was light-years ahead of its time and is THE perfect example of working the workers, to the extent that Eric Bischoff, the WCW President who was in on the angle, was worked by Pillman when the true and complete nature of the angle came to fruition.

It really was a mastermind of an idea and Brian Pillman embodied it totally. People genuinely thought he was crazy and to this day, there are people who believe that he really was “The Loose Cannon”. In the end, maybe even Brian Pillman didn’t know the truth any more.

With Hogan, Millard muses as to why The Hulkster even has to embellish his legitimately incredible life and legacy with outlandish tales like pressing an 800lb Andre the Giant above his head or kicking John Belushi out of a party after WrestleMania II… even though the actor had been dead for a number of years at that point.

It’s a fascinating, albeit brief, insight in the mind of one of the most popular and one of the most recognisable people in the world. A man who wrestled in front of over 93,000 people in what is arguably the biggest and most important wrestling match in the history of the business, but a man for whom this alone is not enough of a story.

In wrestling the tales of how people think certain things are faked are usually more outlandish that the reality of how things are done (especially when it comes to blood) and Stuart Millard relays these while treating professional wrestling with a respect it deserves as a work of performance art unlike anything else on the planet.

From the delicate intricacies of keeping kayfabe alive because wrestlers have to be their character every time they are in public (unlike actors, who are themselves when not working), to the idea of wrestlers being buried in their masks in Mexico (plus there is also the well-publicised report of Great Sasuke being elected to the Japanese parliament while being masked the whole time), the writer understands why this is done, but is also intelligent enough to challenge whether this should be the case from a mental-health viewpoint.

The book is informative, well written and at times downright hilarious (I was genuinely shaking in my seat I was laughing so hard at times). As a wrestling fan, you should buy it for the Pillman and Hogan chapters, but you should read it for every word that has been written because it’s an amazing look into the make-up of the serial fantasist and their claims of glory, power, ability and mystique.