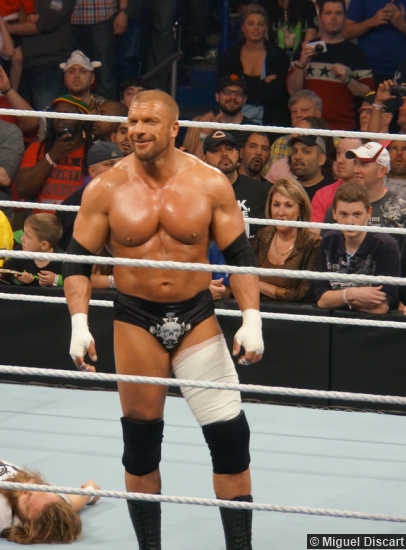 The second annual WWE Payback will come to you, live on pay-per-view and the WWE Network, a week from this Sunday on June 1 from the Allstate Arena in Chicago, IL. As announced on RAW, the scheduled 6-Man Tag match between The Shield and Evolution has two new stipulations added to it. It was also announced that Bad News Barrett will defend the Intercontinental Title at the event. Here is the updated card:

What do you think of the changes to the card? Post your comments in the box below.