Were it not for obvious circumstances, Daniel Bryan’s career journey would have been more frequently compared to that of Chris Benoit. Both started in small time venues and worked their way up, both were deemed too diminutive to make it as a top level guy, both lacked the natural mic skills needed to overcome their physical limitations, both were embraced by the hardcore fanbase and both (along with fellow “small” guy, Bret Hart) took home the top prize, despite all of those hindrances, at an “anniversary” WrestleMania. 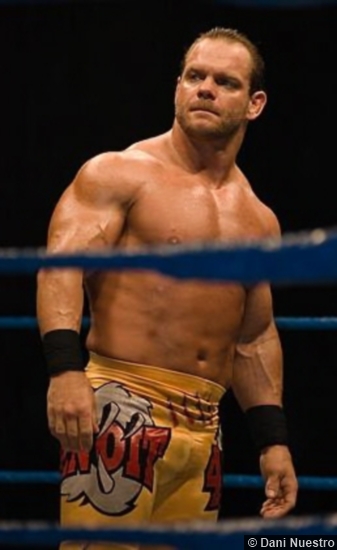 There are differences of course, with advantages favoring Bryan over Benoit. Bryan is better on the microphone and has been able to develop a fan-connecting character in a way Benoit never could, allowing him to be better-embraced by the “mainstream” audience. Bryan has a more marketable look, especially in the current PG-environment, than Chris “toothless aggression” Benoit. The long-time, established star power was stronger in 2004 than in 2014, making it easier for Bryan to stay at or around the top of the card (especially with the absence of CM Punk). There are differences, yes, but the similarities can not be denied. Again, the only reason the similarities haven’t been written about more frequently have to do with the circumstances of Chris Benoit’s death (which is irrelevant to the discussion at hand).

Because of those similarities, many have—perhaps subconsciously—feared the worst for Bryan’s post-WrestleMania title run. To say that Benoit’s run with the top belt was underwhelming is giving it too high marks; “it was a joke” would be a better description.

Benoit’s first title defense after WrestleMania 20 came at the Backlash PPV one month later. Things could not have been better for the new champion as he faced off against two future-Hall of Famers in a triple threat match in the PPV’s main event. 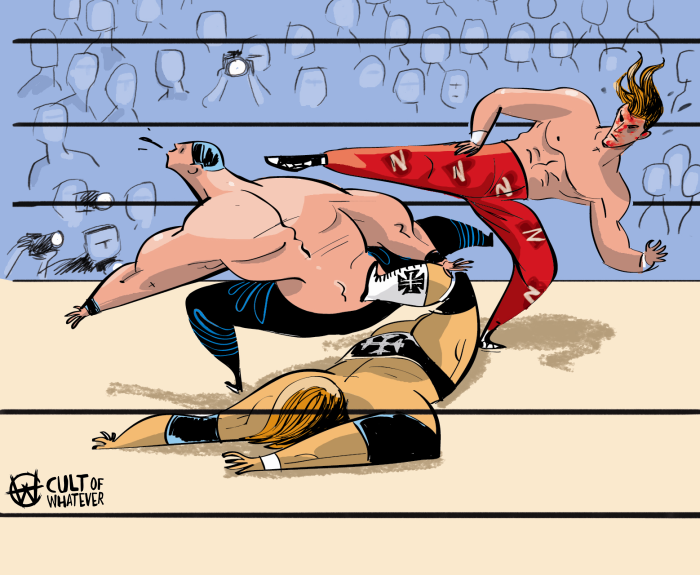 On one hand, that main event was just a rematch of WrestleMania. On the other other hand, it was a rematch of one of the greatest WrestleMania main-events of all time. Doing a sequel was hardly bad booking. It’s not until later that, with the benefit of hindsight, we see the reason for the booking was equal part-fan desire for a rematch, and a feeling backstage that Benoit-as-champ needed to be propped up to carry the main event.

At the time though, things looked good for the new champion. He submitted Shawn Michaels in the middle of the ring, just as he had done to Triple H a month earlier. That meant, in the course of 30 days, Chris Benoit had defeated the two biggest power players in the company and stood tall with the Big Gold belt at the end of two consecutive PPV’s. You’d think that would be all that was needed to allow him to begin a new championship program and establish him as a main event attraction.

He did eventually begin a new program, but it soon became clear he was not going to be treated as a “main event” guy unless he was dancing with someone who had been “established” as a top-level performer (namely, Triple H or Shawn Michaels). Remember that in those days the brands (Raw and Smackdown) were running their own specific PPV events every month, which meant Raw’s April show would not be followed up until June. In the meantime, Benoit defended his championship in singles action against Triple H and Shawn Michaels, and on those occasions Benoit worked the top spot on Raw. Other than that, he was kept in the midcard.

By the time June’s PPV rolled around, Benoit was wrestling Kane in a sub-20 minute contest as the number-2 match on the card. The main event featured, you guessed it, Triple H and Shawn Michaels, whose feud was now approaching the 2 year mark. They would go 1-on-1, this time inside Hell in a Cell, in a near-50 minute bloodbath. Triple H survived being driven through a table and won the epic encounter with a pedigree to a battered Michaels.

Benoit won his match by a simple roll-up, by the way.

The next time he appeared on PPV (July’s Vengeance show), Benoit was back in the main event, this time in a singles match against, you guessed it, Triple H. At this point it was clear that Benoit’s time with the belt was just to offer a temporary change of pace (Triple H without the belt as opposed to Triple H with the belt). A month after Vengeance, Benoit lost the title to Randy Orton (who lost it to Triple H, returning Raw back to it’s pre-WrestleMania 20 dynamic), and rarely sniffed the main event again in singles competition.

Considering how often Daniel Bryan’s push was started-and-stopped over the years, and how much of a bait-and-switch the fans had to deal with from SummerSlam 2013 to Elimination Chamber 2014, it would be easy to slip into “Chicken Little” mode and cry that the world is falling with regards to Daniel Bryan’s post-Mania push.

His title match (with Kane!) will surely be the number two match (second to Triple H’s match!) but those are superficial similarities and don’t offer a fair comparison between 2004 and 2014. Daniel Bryan has some tremendous advantages working for him, that Benoit specifically did not have. Chief among them is the aforementioned rapport Bryan has with the mainstream WWE universe. Benoit’s run with the belt was hindered because he was never really given the “sink or swim” spotlight alone. You can argue whether that was smart or not, or whether or not it was fair, but the fact is Benoit did not move the ratings needle as champion. Bryan has; his segments have consistently brought in the top ratings for Raw each week and his absence was certainly felt in the past two shows.

There also isn’t a Triple H working full-time on the roster, ready to reclaim Big Gold, like there was in 2004. Sure he’s working Extreme Rules and will probably work a few more matches this year, but Triple H is essentially a part-time legend now. He works only occasionally and is not the focal point of Raw the way he was in 2004. Bryan has much more of a spotlight than Benoit did a decade ago.

Benoit was essentially a mid-carder with a main-event belt. Despite this feud with Kane, there is nothing to suggest Daniel Bryan will get the same treatment. I think it’s safe to say he’s much more valuable to the company than Chris Benoit was in 2004, and therefore will be much better protected as champion.

Part #5 of our final retrospective is next, looking at John Cena’s WrestleMania 21 win and title reign that followed. Will we look back in a decade and compare his 2005 run with Daniel Bryan’s current reign? Time will tell. The possibilities are there, however, for Bryan to emulate Cena as champion.