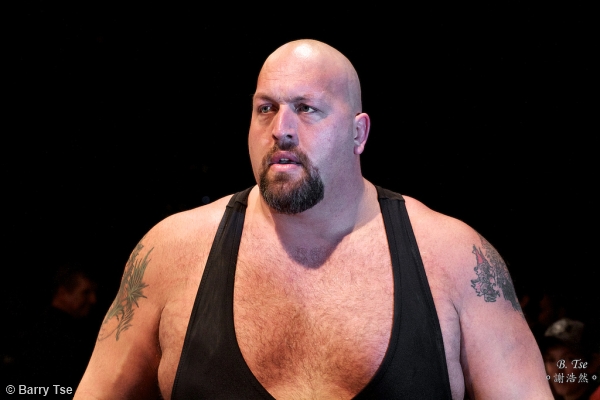 The 759th edition of WWE Friday Night SmackDown came to you from the Joe Louis Arena in Detroit, MI. On RAW, The Shield collided with The Wyatt Family in a rematch from WWE Elimination Chamber and, during the match, tension would arise amongst the members of The Shield, leading to Seth Rollins walking out on Dean Ambrose & Roman Reigns, standing on the ramp and watching as The Wyatt Family soundly defeated his tag partners. With the ‘cracks’ in The Shield more apparent than ever before, Dean Ambrose, Seth Rollins, & Roman Reigns would appear on SmackDown in what is being described as a “Shield Summit”. What will The Shield have to say about what happened on RAW?

Also, after he was assaulted backstage by Christian on RAW, Sheamus was in action on SmackDown as “The Celtic Warrior” would go one-on-one with “The Mexican Aristocrat” Alberto Del Rio. Plus, the brand new WWE Tag Team Champions would compete on SmackDown as The Usos would face Ryback & Curtis Axel in a non-title match.

After using the Batista Bomb to aid The Authority on RAW, allowing Triple H to pick up the scraps and deliver the Pedigree to Daniel Bryan, SmackDown kicks off with the #1 Contender for the WWE World Heavyweight Title at WrestleMania, “The Animal” Batista. Batista says that, last week, he asked where all the “real men” were and what he got was Dolph Ziggler, saying that he “destroyed” Ziggler just like he said he would. Batista continues, saying that, on RAW, he got another one of their “heroes” in the “sawed-off troll”, Daniel Bryan, saying that he also “destroyed” Daniel Bryan and he is their “superhero” and that he is a “humble man”, so he does not need them to cheer for him. This brings Daniel Bryan to the ring, who says that Batista is not the hero. Batista responds by saying that what is wrong with this business is the day that they let “fans in the locker room”, saying Bryan is an “overblown fan”. Batista then tells Daniel Bryan to go and buy a ticket for WrestleMania and watch him become the next WWE World Heavyweight Champion. Bryan says that Batista’s skinny jeans must be cutting off the circulation to Batista’s brain, reminding “The Animal” that he was left laid out by Batista, but only after Randy Orton attacked him from behind and Kane tried to interfere and it was after Triple H stuck his “big corporate nose” in his business. Bryan continues, saying that he had Batista beat on RAW and, if he was Batista, then he would be slightly embarrassed that a “fan” nearly took him out! Batista says that he will always be “one step ahead” of Daniel Bryan and, the moment he stepped back into the WWE, it became his and, through the “goodness” of his heart, he has allowed Daniel Bryan to exist in his universe. Daniel Bryan says that he’s not sure he wants to be in a universe where they wear “vests like that” and where “belly button tattoos are cool”. This would fire “The Animal” up and Batista would charge at Daniel Bryan, but Bryan would get the better of Batista, kicking “The Animal” out of the ring. However, the arrival of Director of Operations Kane would distract Daniel Bryan long enough for Batista to jump Bryan from behind. Then, Kane and Batista commence the beat down of Daniel Bryan, but Bryan is saved by a man with an unresolved issue with The Authority as “The World’s Largest Athlete” Big Show runs to the ring, making Batista and Kane run for higher ground. SmackDown General Manager Vickie Guerrero then comes out, announcing that the main event will see the team of Batista & Kane face the team of Daniel Bryan & Big Show!

With Alberto Del Rio a guest on commentary, the opening match of the night would see “Captain Charisma” Christian face “The Show-Off” Dolph Ziggler. During the match, Alberto Del Rio would get a measure of revenge, standing on the announce table. This distracts Dolph Ziggler long enough for Christian to take advantage, hitting the Killswitch en route to picking up the win. After the match, Sheamus would come out looking for a fight, but Christian would dodge the Brogue Kick from Sheamus, making a quick escape from “The Celtic Warrior”.

The Divas were in action on SmackDown as Divas Champion AJ Lee would team with her bodyguard, Tamina Snuka, to face two of the stars of Total Divas, Natalya & Eva Marie. In the end, it was Natalya locking in the Sharpshooter on AJ Lee, forcing the Divas Champion to tap out to pick up the win for herself and Eva Marie.

Then it was time for the “Shield Summit” as The Shield would appear on SmackDown to address what happened on RAW, when Seth Rollins left Dean Ambrose & Roman Reigns alone to deal with The Wyatt Family. However, when The Shield makes their way to the ring, Seth Rollins is noticeably absent as Dean Ambrose & Roman Reigns make their way to the ring without Rollins. Dean Ambrose says that they can handle getting beat up, but there is one thing that he cannot handle and that he will not “tolerate” and that is being “lied to” by someone that he trusts. Ambrose continues, saying that Seth Rollins walked out on them in the middle of a “war”. Ambrose then reveals that it was Rollins who called for the “Shield Summit”, demanding that Rollins come out there. Seth Rollins would comply, cautiously getting on the ring apron before Roman Reigns tells Rollins to choose his words carefully. Rollins says that it is no secret that The Shield has not been themselves for some time, so he “sacrificed” himself so that they could get themselves back on the “same page”. Ambrose says that Rollins left them for dead against The Wyatt Family and he “walked off”, but Rollins points out that, for the first time in months, Ambrose & Reigns are seeing eye-to-eye. Rollins then gets into the ring, saying that they can either go their separate ways and they will be “fine” because they are all talented enough to survive on their own.

Seth Rollins then provides the alternative, saying that, if they stick together, then no one can touch them, telling Ambrose & Reigns to do what they do best and that is be The Shield and take this place back! Despite Rollins’ rallying speech, Dean Ambrose still has an issue with Rollins as Ambrose shoves Rollins down to the mat and Reigns gets involved, shoving Ambrose down! Back on his feet, Seth Rollins says that he knows what is going to make it “work” and what is going to make him “feel better” before slapping Rollins across the face! Rollins then says that he knows that Ambrose has to get something off of his chest too, offering to “take one for the team”, which results in Ambrose punching Rollins in the mouth! Once Rollins collects himself, he asks if they are done there, holding his fist out to Ambrose & Reigns, asking them to do the same. Roman Reigns is the first to step forward, putting his fist next to Rollins, showing that he is willing to move on and remain a part of The Shield. Reigns & Rollins then wait for Dean Ambrose to do the same and, after some trash-talking, Ambrose does put his fist in with Reigns & Rollins, showing that The Shield is still together and that they are back on the same page.

Still dinged up following the attack by Christian on RAW, Sheamus was in action on SmackDown as “The Celtic Warrior” would face Alberto Del Rio. Throughout the match, Alberto Del Rio would target the bandaged right arm of Sheamus, twice locking in the Cross Armbreaker, but Sheamus would come out of the corner with an explosive Brogue Kick, securing the victory over Alberto Del Rio.

The Wyatt Family then appears on the Tron with a message for John Cena as Luke Harper asks when Cena will realize that everything he strives to achieve is “one big nothing”. Bray Wyatt then says that the burden of Cena’s “legacy” weighs down on him, saying that Bray’s father was the “war” and his brother was the “snare” and the world is his “teacher”. Bray continues, saying that he does not want to fix Cena, he just wants to stand back and watch as it “all burns down”.

Then it was time for the huge main event as Daniel Bryan would enlist the help of “The World’s Largest Athlete” Big Show to face the team of “The Animal” Batista and The Authority’s Director of Operations, Kane, in tag team action. In the end, it was a Knockout Punch to Kane by Big Show from the outside that would allow Daniel Bryan to roll up Kane to pick up the win for himself and Big Show.