Rey Mysterio: Time To Hang Up The Mask?

When Rey Mysterio was the 30th entrant in this year’s Royal Rumble match his appearance was met with jeers from the crowd in Pittsburgh, Pennsylvania, who then harshly cheered when he was eliminated minutes later. This was in protest over the treatment of the beloved Daniel Bryan rather than anything the masked warrior had done wrong. Indeed the fans in attendance increased the heckling as the night went on.

However being a proud 25 year veteran this must have hurt Mysterio’s ego. How had it got to this point? How after over a decade in WWE where he has a been a former 3 time World Champion had he reached the stage where he is simply making up the numbers and at least based on 26th January, an afterthought to most hardcore fans. 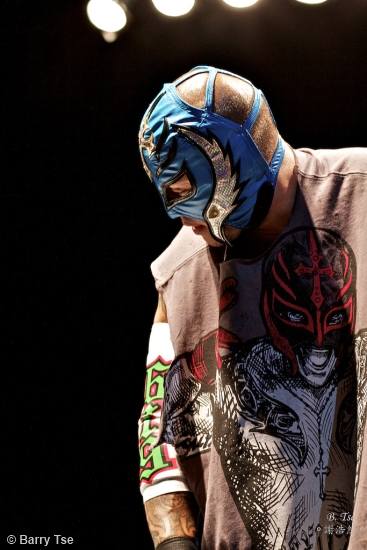 The irony being that for much of his career Rey Mysterio was the modern day Daniel Bryan. Having worked around the world, Mysterio was respected by both fans and his peers, at his best one of the greatest counter wrestlers of all time, doing moves that many in the US had never seen before.

He has accomplished what so many babyfaces have failed to do over a lengthy period, garner a desired reaction from all ages and sexes. His rapport with children ensured that Mysterio sold merchandise while the adult public wished for him to break the glass ceiling. He was their version of CM Punk / Daniel Bryan, they were backing him because he didn’t have the build of Batista, the looks of Randy Orton and simply because he could wrestle better than John Cena. In other words they wanted Mysterio to be champion because the company didn’t. He wasn’t being forced down our throats.If he ever made it, it would be down to hard work and perfecting the craft not because he was a manufactured body builder

In previous years for most of his Rumble appearances he had one of the most over entrances because fans respected his skills yet never, apart from 2006 was he believed to be a genuine contender to win.

Nothing was ever going to top the three month period in 2006 when Mysterio won the Rumble, leading to him wining the World title at WrestleMania 22. Accused of exploiting the death of his best friend Eddie Guerrero we quickly learned that Vince McMahon never had any intention of Mysterio being the face of the company. Clean losses to Mark Henry and The Great Khali meant that when Mysterio lost the strap to Booker T his reign had the unique effect of damaging not enhancing the champion’s credibility. 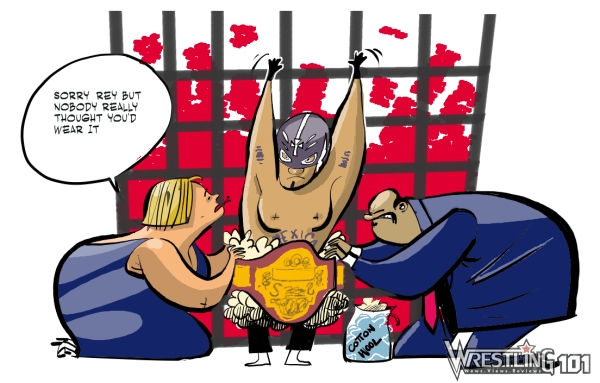 Mysterio’s 2nd Word title reign in 2010 was also short lived while his only taste of the WWE championship in 2011 lasted about an hour.  Clearly management wanted to reward Mysterio’s contribution to the cause with title reigns, giving him scraps where they could, normally at times where they could afford to experiment in the non WrestleMania season. Ever the company man the real life Oscar Gutierrez would still of been grateful. Given that he was part of the WCW roster where like all cruiserweights there was no career enhancement no matter how many world class opening matches they put on, there is no way he would of believed he would become a former 3 time Word champion or earn the money he has.

Over the last few years however AAA in Mexico have offered Mysterio lucrative deals to return to his homeland where unlike in WWE he would be their number one commodity. Realising that they were in danger of losing a large portion of their Mexican fan base by losing the most popular wrestler from that part of the world WWE were eager to keep Mysterio part of the WWE family. Having wrestled all the big names and gone as far as he could with nothing else to achieve many felt Mysterio was naive to turn down a limited schedule for the same amount of money where he would have been booked like the Mexican version of John Cena.

On more than one occasion over the last few years Rey Mysterio and WWE may have regretted not taking AAA offers. Mysterio’s injuries have come one after another, his surgeries one after another to the point he has now had over 5 serious operations to his knees.

Up to a year ago it seemed that WWE still believed there was value in their underdog. His team with Sin Cara was designed not just for the veteran to mentor his partner but to set up a one on one match which would have done huge business in Mexico. Throwing Alberto Del Rio into the mix would also have been popular with Hispanic viewers . 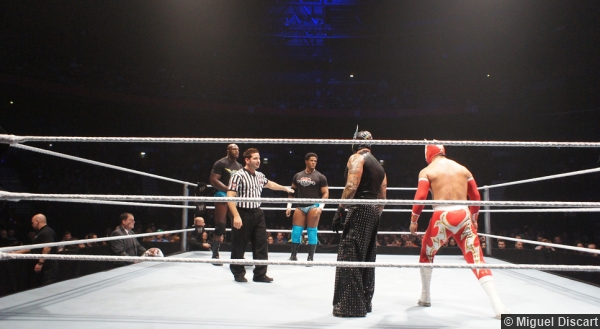 Realising that Sin Cara was never going to be the ‘new’ Rey Mysterio, WWE have gone out of their way to  protect Rey, booking him in mainly six man and tag team matches. Now 39 and with no goals to chase Mysterio has chosen or been forced to minimise his ring repertoire to reduce risk of injury. Once upon a time he would have been booked longer in the Rumble match or at least taken Christian’s role as the trusted veteran to make up the numbers in the Elimination Chamber.

Heartbreakingly Mysterio has had to sit out the last two WrestleMania’s through injuries, just like his missed WrestleMania 23 and 24. Now finally fit and ready to compete at his first super show since 27 he may now not make the card simply because there is no room to fit him in, something which would have been unthinkable at any other WrestleMania. It’s a reality of how far his star has fallen. It may be that the company’s policy of sticking with the tried and tested veterans squeezes him in ahead of the likes of Dolph Ziggler and The Miz. Based purely on relevance though, the Royal Rumble showed that he is less over then he has ever been in his WWE career.

Does WWE have the time or patience to change that from now until April? 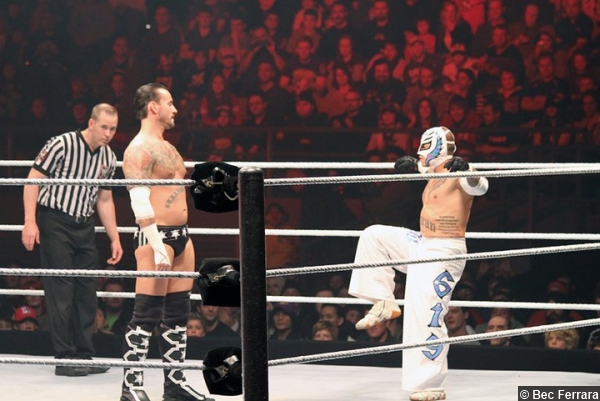 Both parties must realise that Rey Mysterio is running out of WrestleMania’s, neither wants a Hall of Fame career be relegated to WrestleMania kick off shows.

Strangely the way around it may be playing on Mysterio’s real life contract situation. There is little reason to see why Mysterio would risk his knees anymore by signing any extension to a contract which ends in three months. It is bordering on Kurt Angle territory where WWE might respect the man so much they insist they will no longer prolong the character for the sake of his wellbeing. While it would be a blow to his ego it would ensure a huge pay off at Mania, one last great match where Mysterio could risk it all and pull out all of his greatest hits. Announcing it as his retirement match would  make the fans pop for 619 out of nostalgia. While a younger talent like a Wade Barret or Antonio Cesaro would benefit from being the man who retired the luchadore. Alberto Del Rio is another option if he can sort out his own contractual situations! While Sin Cara beating Mysterio at WrestleMania would finally give him credibility, WWE does rate Huico’s portrayal of the Sin Cara character more highly then the original Mistico. 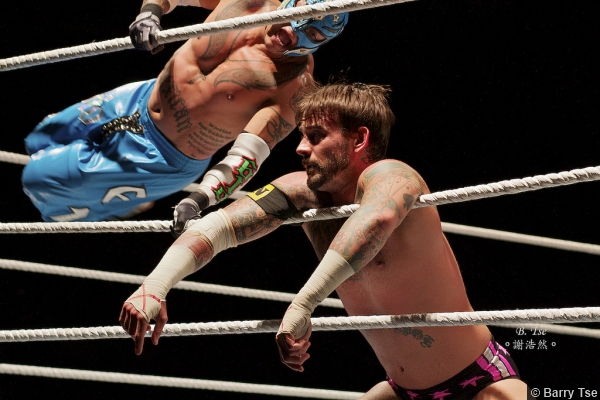 Any true fan of Rey Mysterio would like this scenario. It lets him leave the company on good terms with occasional appearances, a spot in the Hall of Fame and a biography DVD dedicating his career all in the pipe line.

The other option is Mysterio takes the Chris Jericho route. Stays contracted simply to help put over the younger acts. There is nothing wrong with that, it’s noble in many ways. But does any true wrestling fan want to see the greatest luchadore of all time fight to get on television, to watch Elimination Chamber and ladder matches from the sidelines, reminiscing how he once stole the show in these gimmick matches doing stunts his body won’t let him do anymore.

While Kurt Angle has proved in TNA he can still have great matches, it’s different. He wrestles knowing he needs to avoid certain bumps which will aggravate his neck. Rey’s knees are already shot, there’s no style he can alter to change that. The saddest ending would be Mysterio ending up in a wheelchair, his ego getting the better of him. The man’s knees are in bad shape because since the age of 14 he put his body on the line to entertain us. Surely the least we can do is encourage him to hang up the mask? 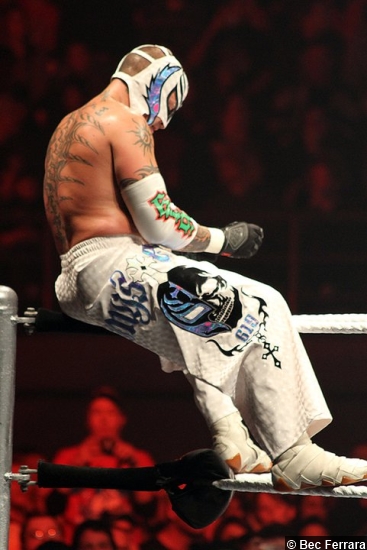