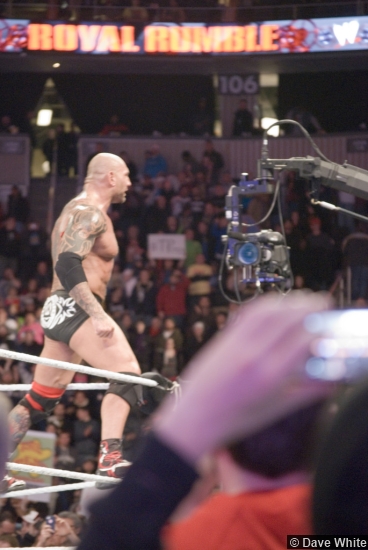 The fifth annual WWE Elimination Chamber will come to you, live on pay-per-view, a week from this Sunday on February 23 from the Target Center in Minneapolis, MN. As announced on RAW, the winner of the 2014 Royal Rumble Match, Batista, will be in action at the event. Here is the updated card:

What do you think of Batista vs. Del Rio? Post your comments in the box below.