Another Top WWE Star Reportedly On His Way Out! 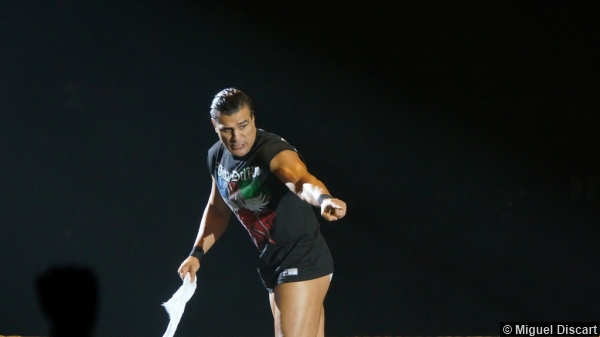 With CM Punk walking out on the WWE the night after the Royal Rumble due to his frustrations with the creative team and his booking as of late, PWInsider.com is reporting that former World Champion Alberto Del Rio is looking to make the same move for the same reasons. Del Rio is reportedly frustrated with his position in the company, having gone from the top guy on SmackDown as the World Heavyweight Champion to losing to guys like Sin Cara and being a glorified “warm-up” for the returning Batista. Much like Punk, Del Rio is also tired of being delegated to the mid-card under part-time guys like Batista or Brock Lesnar. For the past year or so, Del Rio has been contemplating an early retirement from wrestling, feeling that he does not need to be one of those guys who overstays his welcome in the WWE and, given the money he has made in the WWE, Del Rio could easily go back to Mexico and pick up where he left off as a mega-star.

Should Alberto Del Rio leave WWE? Post your comments in the box below.