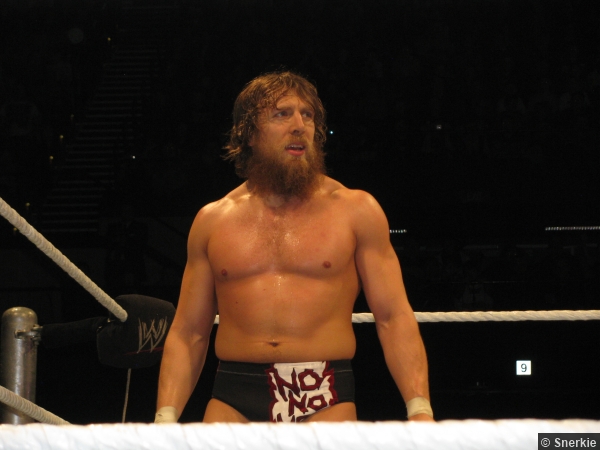 The 746th edition of WWE Friday Night SmackDown came to you from the BOK Center in Tulsa, OK. Nine nights before he faces all three members of The Shield in a 3-on-1 Handicap Match at WWE TLC, “The Best in the World” would be in action on SmackDown as CM Punk would go one-on-one with his choice of The Shield as Punk would opt to face either Seth Rollins, Roman Reigns, or United States Champion Dean Ambrose!

Nine nights before he faces World Heavyweight Champion John Cena in a TLC Match to unify the WWE Championship and the World Heavyweight Championship at WWE TLC, SmackDown kicks off with the WWE Champion, Randy Orton. Orton says that, at WWE TLC, both his and John Cena’s championships will be up for grabs, saying that he will be the “champion of champions” and he will overcome what Cena did to him on RAW, showing footage from RAW where Cena and Orton went to war with tables, ladders, and chairs. The brawl concludes with Cena tossing Orton through a table in the corner, followed by the Attitude Adjustment through another table. Orton then continues, saying that he is not out there whining and crying about his injuries, saying that he does not like any of the fans nor does he like John Cena or anyone else in the back. The WWE Champion continues, saying that he does like The Authority because Triple H & Stephanie McMahon truly know what is “best for business”. Orton then says that he wants to issue a public apology to The Authority.

Before Orton can exit the ring, he is interrupted by a former rival in Daniel Bryan, who says that Orton needs to apologize to the fans for “impersonating a champion”, saying that Orton has never “legitimately beaten” him. Bryan continues, saying that he is not through with Orton and, whoever emerges as the sole champion come WWE TLC will have to deal with him. Bryan then challenges the WWE Champion to a match here tonight on SmackDown! However, Orton immediately gives Bryan a “no”, so Bryan turns to the fans, leading a huge “yes” chant in Tulsa as Orton leaves the ring.

The WWE Tag Team Champions were in action on SmackDown as Goldust & Cody Rhodes would face Ryback & Curtis Axel in a non-title match. During the match, Ryback and Goldust would take each other to the outside and this is where Cody Rhodes would make a questionable decision as Rhodes would take his focus off of Curtis Axel in favor of coming to the aid of his brother, hitting the Disaster Kick on Ryback, but when Rhodes comes back to the ring, he is caught in a roll-up by Axel, who picks up the win for himself and Ryback over the WWE Tag Team Champions.

After suffering a surprising loss to Sin Cara on RAW, Alberto Del Rio was set for action against Kofi Kingston, but “The Mexican Aristocrat” would not allow the match to begin as Del Rio attacks Kofi Kingston from behind, tossing Kofi into the ringside barricade. Del Rio then rolls Kofi into the ring before putting Kingston down with a straight kick to the face. Del Rio then locks the Cross Armbreaker in on Kofi, but referees are able to quickly break the hold before serious damage is done.

Backstage, The Shield has a message for CM Punk as Roman Reigns says that he would love to break every bone in Punk’s body with a Spear and Seth Rollins agrees that they want to hurt Punk, but not to the point that they would take Punk out of WWE TLC. Reigns says that it is going to going to take a “thorough-bred” to go up against Punk and it is going to take the “baddest man in The Shield” to take Punk out. However, Dean Ambrose takes this to mean that he should be the one to face Punk, volunteering himself for the match.

Nine nights before he faces all three members of The Shield in a 3-on-1 Handicap Match at WWE TLC, “The Best in the World” CM Punk would go one-on-one with the United States Champion and member of The Shield, Dean Ambrose, in a non-title match. At the end of a five-star matchup, it was CM Punk getting out of the Headlock Driver and putting the United States Champion to sleep with the GTS, springing into the cover, picking up the win over Dean Ambrose.

Following a confrontation with Zeb Colter & The Real Americans backstage, Rey Mysterio would find himself a tag team partner in “The World’s Largest Athlete” Big Show as Rey and Big Show would face The Real Americans in tag team action. In the end, it was Big Show & Rey Mysterio working together flawlessly as Big Show plants Antonio Cesaro with the chokeslam before positioning Rey on his shoulders for a big splash on Cesaro as Mysterio pins Cesaro for the win.

Then it was time for the main event of the evening as, nine nights before he faces John Cena in a TLC Match to unify the WWE Championship and the World Heavyweight Championship at WWE TLC, WWE Champion Randy Orton would go one-on-one with a former rival, Daniel Bryan, in a non-title match. During the match, Daniel Bryan was moments away from putting the WWE Champion away when The Wyatt Family’s Luke Harper & Erick Rowan appear at ringside. The appearance distracts Daniel Bryan long enough for Randy Orton to take advantage as the WWE Champion hits the RKO on Daniel Bryan en route to picking up the win. After the match, Randy Orton makes a quick exit as Bray Wyatt appears on the Tron, saying that his “poison” is already running through Daniel Bryan’s veins and, at WWE TLC, Bryan will finally realize what he really is, concluding by telling Bryan to “join us”.