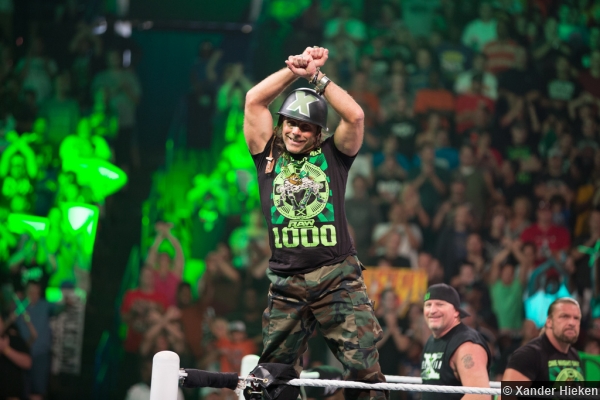 While it is pure speculation at this point, WrestlingNewsWorld.com is reporting that WWE Hall of Famer Shawn Michaels may come out of retirement for one more match at WrestleMania XXX on April 6 in New Orleans. Michaels’ recent physicality and confrontations with Daniel Bryan and CM Punk lend credibility to these rumors and a match between Michaels and Daniel Bryan is being discussed internally for “The Show of Shows”. While WWE is fully willing to put Michaels vs. Bryan on the card, “Mr. WrestleMania” may not be as willing as HBK has openly stated that he was disappointed and upset when Ric Flair came out of retirement for some matches with TNA and on Hulk Hogan’s Hulkamania tour in Australia in recent years (Michaels retired Ric Flair from in-ring competition at WrestleMania XXIV back in 2008), but a major league matchup with his former protege on wrestling’s grandest stage may prove to be too much for the Hall of Famer to resist. Shawn Michaels has not wrestled a match since WrestleMania XXVI in 2010 when he lost a Streak vs. Career Match to The Undertaker.

Do you want to see Shawn Michaels have one more match? Post your comments in the box below.