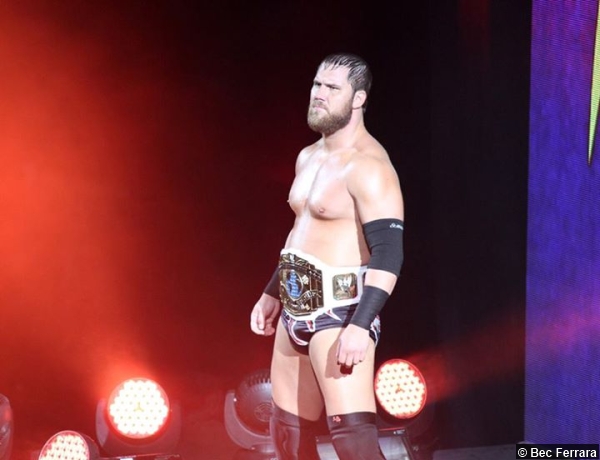 The 53rd edition of WWE Main Event came to you from the Baton Rouge River Center in Baton Rouge, LA. Two nights after he was assaulted by CM Punk with a kendo stick on RAW, the Intercontinental Champion would be in action on Main Event as Curtis Axel would go one-on-one with Zack Ryder in a non-title match.

The opening match of the night would see “Mr. Money-in-the-Bank” Damien Sandow going one-on-one with Santino Marella. In the end, it was Damien Sandow hitting the Terminus on Santino en route to picking up a rare win.

In tag team action, the creepy and unpredictable Wyatt Family, Luke Harper & Erick Rowan, with Bray Wyatt in their corner, faced The Prime Time Players. In the end, it was Luke Harper hitting Darren Young with the Discus Clothesline en route to picking up the win. After the match, Bray Wyatt would enter the ring, hitting Sister Abigail’s Kiss on Darren Young.

Then it was time for the featured attraction of Main Event as Intercontinental Champion Curtis Axel, with Paul Heyman in his corner, went one-on-one with Zack Ryder in a non-title match. In the end, it was Curtis Axel hitting the Axel Cutter on Zack Ryder, picking up the win.

In more tag team action, The Real Americans, with Zeb Colter in their corner, would face Tons of Funk. In the end, it was Antonio Cesaro pinning Tensai following the Neutralizer en route to picking up the win for The Real Americans.