So it’s only been 3 weeks since the aftermath of SummerSlam, and boy have those 3 weeks been something else in WWE. The entire place has been turned upside down by the reveal of a new Corporation for a new generation, and for the first time in a while all the titles are in the grasps of the bad guys. Tonight we celebrate a Night of Champions, but will we end the night with any champions worth celebrating? 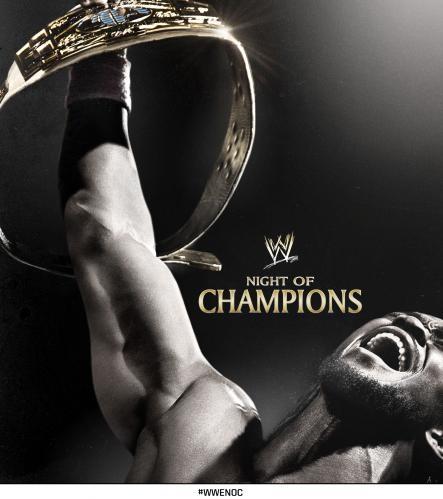 So we’re gonna try something a bit different for this article. It’s only been three weeks into this brand new angle, so I don’t really have enough info to bring you the kind of match by match analysis I usually get completely wrong month after month. Instead, since it appears that most of matches are going to work to further the new Corporation angle, I’m gonna look at the show as a while and talk a little bit about what I’d like to see happen. Just for a change, let’s not worry about winners and losers so much (since I obviously suck at that side of predictions) and just take a look at what’s been shaping up to be a damn fine storyline.

So the first thing I want to mention is that it’s great to see an angle that encompasses the entire company in some fashion. We’ve spent ages waiting for WWE to make us some new babyfaces, and in one fell swoop they’re attempting to make a whole set of fresh faces for us to get behind. And it appears to be working.

Look at Cody Rhodes. Sure they could have just given him an injury angle to take time off for his wedding, but instead they make him the first sacrifice to Triple H’s new regime. Which immediately makes him INSANELY over. Seriously, did you see the message ticker explode on Raw with people outraged at the treatment of Rhodes? Who thought that Cody Rhodes could have evoked that kind of emotion en masse from the WWE Universe (well, I did, but I’m not gonna gloat about it)?

They’re working a similar area with guys like Dolph and Miz, who spoke out against the “Best for Business” regime, and were thoroughly and soundly punished for their insubordinance. The internet has been all in a tizzy about Dolph being “jobbed out” again. What the IWC needs to realise is that all that is happening right now is the normal crowd (you know, the ones who aren’t smarky and aren’t behind Dolph because WORKRATE) still need some reason to like the guy, which WWE are now giving them. They’re building sympathy for Dolph, which also appears to be working. And for the record, he didn’t job to Bray Wyatt on Raw, he got caught trying to avoid outside interference from The Family, there’s a big difference. And hey, he’s got a potentially show stealing match with Ambrose out of it. Dolph’s ingrained into the good guy team now, and it’s only a matter of time before they start to have him fight back.

So WWE have started the initial build on their face team, with Daniel Bryan as the current babyface crown jewel in the absence of Cena. Perhaps most impressive of all is that Cena has been barely mentioned in the aftermath of SummerSlam. WWE have moved on nicely, shifting the focus to all the right places, and seeming like for the first time in a long time they actually have some long term plans in place.

So much like the Avengers, Phase One of this new angle that sets up the premise is behind us, and from tonight we move into Phase Two. So what can we expect from Phase Two, and what clues might we be able to divulge from tonight’s PPV?

Personally, I think the battle lines will continue to be drawn between two very distinct sides in this angle, although you may be surprised as to where certain allegiances may lie. It’s almost certain that Triple H will continue to screw people over in pursuit of what’s “best for business”, but who’s next?

How about AJ Lee? AJ’s been on fire for the last two weeks, tearing a strip off the other divas as plastic wannabes, and deriding them for appearing on E! Total Divas. But E! Total Divas is doing great numbers for the E! Network, so surely badmouthing a successful product like that is bad for business? Since Steph turned tonight’s match into a fatal 4 way, and AJ’s opponents are the stars of the Total Divas show, is it outside the realms of possibility that AJ is getting screwed by the Corporation tonight for them to put a “more suitable” champion in place. Especially if it means they can advertise their reality show as starring the new Divas Champion?

How about the Prime Time Players? They’ve been on a roll recently, and the crowd have really been getting behind them. But should they be successful tonight, it would put them up against The Shield for the tag titles. Surely having your security force beaten wouldn’t look good for your perception of strength and control? Both Titus and Derren have looked unhappy with events when they’ve been forced to watch the beatdowns of Bryan from the stage, I could quite easily see them getting into a tangle with at least The Shield at some point I the near future.

A lot of people have asked where Punk would figure into this whole angle, but he’s currently too busy looking to break Paul Heyman’s face. I know folks think tonight’s going to be the night when Punk finally gets his revenge, but I just can’t see it. Surely for everything to go Punk’s way he’d then end up as IC Champion? Just something about the complication of the stipulation screams to me that Punk’s not going over properly tonight and this feud may well continue. Punk’s pretty much not getting involved with Tripper’s Corporate Gang until they do something to directly affect him.

And then there’s Daniel Bryan. The most over guy on the face of the planet right now. Unfortunately, he’s not winning tonight. As good as a feeling that would be, that’s just not how this story needs to go. Bryan winning tonight is too…easy. After Bryan’s talk of the struggle for him to get to the point where he is now, for him to win the title now would be a great big whopping anticlimax.

In fact, the story of Bryan tonight is the same story I’m expecting up and down the card. Triple H’s Corporation are going to do everything in their power (which is a lot) to make sure tonight ends with their hand-selected champions in place. Now whether that will involve anything to do with Big Show (and fingers crossed a potential Cody Rhodes run in from the crowd) remains to be seen, but regardless of what the good guys do tonight, I can’t see them being able to even slow the Corporate Machine down, let alone rage against it.

Think of tonight (and quite possibly everything up to the Royal Rumble) as the Empire Strikes Back. This is our downer period, where the evil Empire is very much large and in charge. John Cena’s been cut down like some sort of wrestling Obi Wan Kenobi, and tonight is the wrestling equivalent of Triple H telling Daniel Bryan that HHH is the Daddy now.

Don’t expect a happy ending folks, the bad guys are ruling the roost right now. But in the grand scheme of things this angle is proceeding exactly as it should, and I couldn’t be any happier.