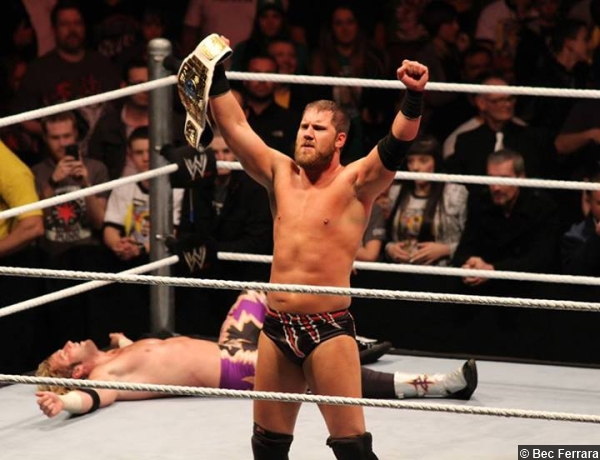 The featured attraction of the night would kick off the show as “The Show-Off” Dolph Ziggler would go one-on-one with Intercontinental Champion Curtis Axel, with Ryback & Paul Heyman in his corner, in a non-title match. During the match, Curtis Axel would distract the referee, allowing Ryback to slide into the ring and drop Dolph Ziggler with the Meat Hook Clothesline. The Intercontinental Champion would then take advantage, hitting the Axel Cutter en route to picking up the win over “The Show-Off”.

“The Lord of Dance” was in action on Main Event as Fandango, with Summer Rae in his corner, went one-on-one with Kofi Kingston. In the end, it was Kofi Kingston hitting Trouble in Paradise on Fandango en route to picking up the win.