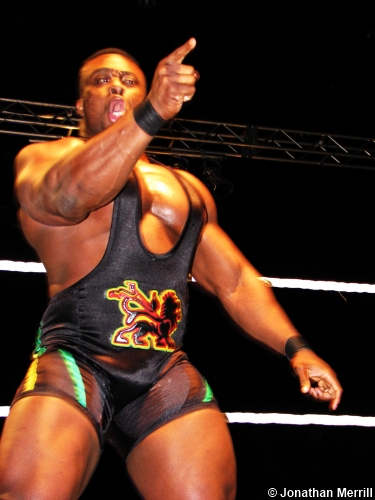 The 50th edition of WWE Main Event came to you from the Scotiabank Place in Ottawa, Ontario, Canada. The featured attraction of Main Event would see Kofi Kingston going one-on-one with one-half of The Real Americans, Antonio Cesaro.

The opening match of the night would see former Intercontinental Champion Kofi Kingston squaring off with one-half of The Real Americans, Antonio Cesaro. In the end, it was Kofi Kingston fighting out of the Neutralizer and hitting Trouble in Paradise on Antonio Cesaro en route to picking up the win.

The main event of WWE Main Event would see R-Truth combatting the powerhouse Big E. Langston. In the end, it was the power of Big E. Langston that would win out as Langston hits the Big Ending on R-Truth en route to picking up the win.