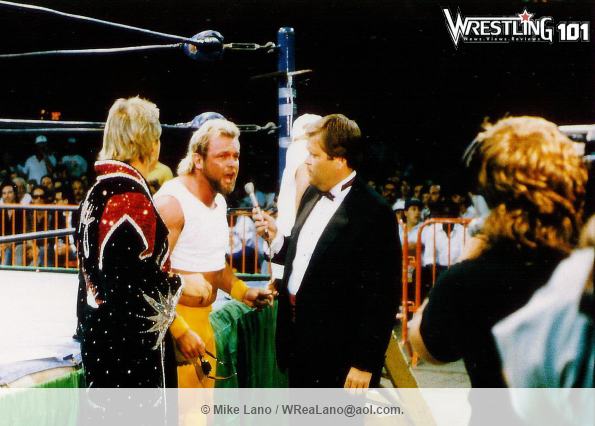 After 20 years working for the WWE and nearly 40 years in the wrestling business, WWE Hall of Famer “Good Ol’ J.R.” Jim Ross has announced his retirement from the WWE and the sport of professional wrestling, according to WWE.com. Jim Ross first got into the wrestling business after college when he began working as a referee for NWA Mid-South in 1974, a job he kept until 1977. After “Cowboy” Bill Watts bought the Mid-South territory, Ross returned to the company in 1982, where he debuted as a play-by-play commentator, while also working behind the scenes as the Vice President of Marketing. J.R. would maintain employment with the Mid-South territory despite repetitive changes, which included Jim Crockett, Jr. buying the territory and merging it with Jim Crockett Promotions, which would ultimately become NWA World Championship Wrestling before WCW split off into its own entity. After a contentious relationship with Eric Bischoff in WCW, Ross was granted his release from the promotion when Bischoff was promoted to Executive Producer of the company.

J.R. would then join the WWF in 1993, debuting at WrestleMania IX. Throughout the next two decades, “Good Ol’ J.R.” would expertly call some of the most memorable matches of all-time, including Bret Hart vs. Shawn Michaels, Shawn Michaels vs. Stone Cold Steve Austin, The Rock vs. Stone Cold Steve Austin, The Rock vs. Hollywood Hogan, and countless others. Ross would also work backstage as the Executive Vice President of Talent Relations and was responsible for signing some of the greatest stars in wrestling. Ross’ last day as a full-time commentator was on October 6, 2009 as his third bout with Bell’s Palsy resulted in an extended absence from the WWE. Jim Ross would make sporadic appearances to commentate matches and even compete, most recently joining Jerry Lawler in his feud with Michael Cole and Jack Swagger in 2011. For the past few months, Jim Ross has been serving as a part-time commentator in WWE’s developmental territory, NXT. On March 31, 2007, Jim Ross was officially inducted into the WWE Hall of Fame by his longtime friend, Stone Cold Steve Austin.

The rumor making the rounds right now is that Jim Ross was actually fired by Vince McMahon as a result of the shenanigans caused by Ric Flair at the recent WWE 2K14 Press Conference, but that is yet to be confirmed.

What is your favorite Jim Ross moment? Post your comments in the box below.