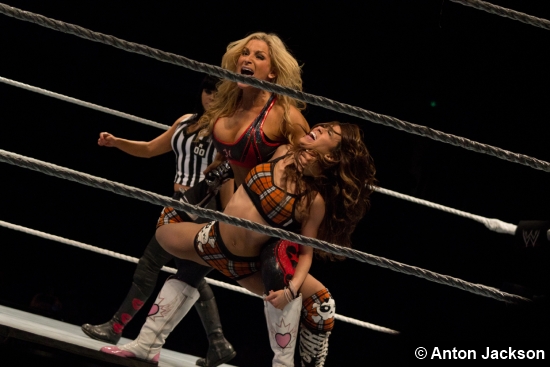 The sixth annual WWE Night of Champions will come to you, live on pay-per-view, a week from Sunday on September 15 from the Joe Louis Arena in Detroit, MI. As announced on RAW, AJ Lee will defend the Divas Title at the event. Here is the current card:

What do you think of the Divas Title match? Post your comments in the box below.