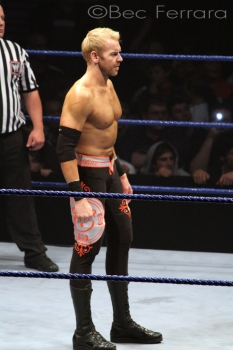 The 26th annual WWE SummerSlam will come to you, live on pay-per-view, on August 18 from the Staples Center in Los Angeles, CA. As decided in a Triple Threat Match that also involved Randy Orton and Rob Van Dam, a new #1 Contender for the World Heavyweight Title has been named and they will get their title shot at SummerSlam. Here is the current card:

What do you think of the World Heavyweight Title match for SummerSlam? Post your comments in the box below.