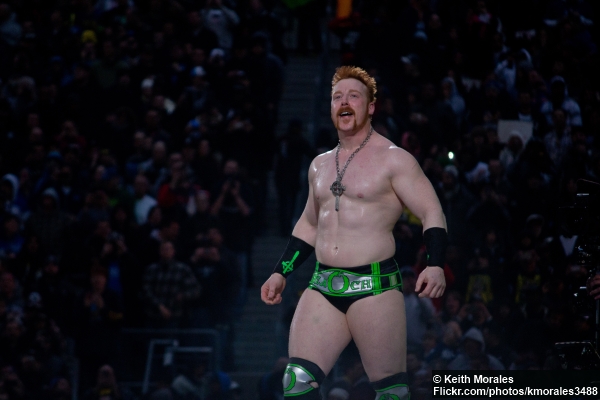 WWE.com is reporting that Sheamus has been diagnosed with a torn labrum muscle in his left shoulder stemming from last month’s Money-in-the-Bank All-Stars Ladder Match and will require surgery to repair the torn muscle. The former WWE Champion will undergo surgery next week and is expected to be out of action for four to six months, putting a return to the ring somewhere between December and February. This is Sheamus’ first injury to date in his WWE career that will require surgery.

Sheamus and WWE physician Chris Amann both commented on the injury. Sheamus stated, “My mindset heading into Money-in-the-Bank was to risk everything to get that WWE Title contract. That night, I went out there putting it all on the line. WWE’s ringside doctor, Dr. Chris Amann, also commented, “We performed a specialized MRI with a dye inserted to highlight the structures within the shoulder joint. Dr. Samson and I both reviewed the film and it appears that Sheamus has a cartilage tear.” Sheamus also commented on having to have surgery for the first time in his career, “I’ve never in my whole life had to have surgery. I’ve always worked through pain. For the first time in four years, I’m going to be out of action. To say I’m devastated would be a serious understatement, but I’m determined to take this time to go home to Ireland to see my family, to see my friends, learn a different language, read a lot of books, and come back bigger, better, and stronger than ever. I’m determined to be a champion again and, when I come back, I am going to rock this place like it’s never been rocked before.”

What impact do you think Sheamus’ injury will have on the WWE? Post your comments in the box below.