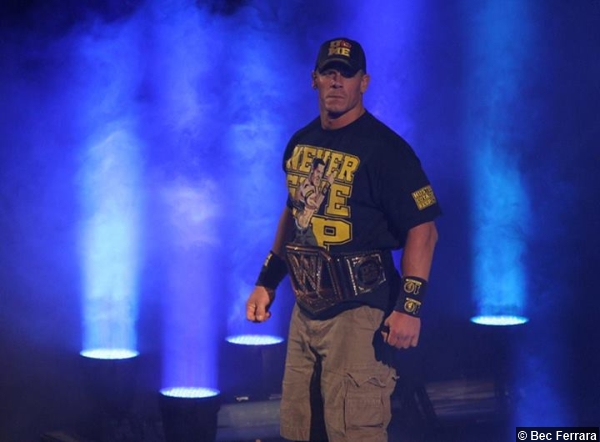 Anybody who has seen RAW the last couple of weeks would have noticed (or heard John Cena briefly call attention to) an odd lump on John Cena’s left elbow, which was bandaged up for his match last week. While John Cena has taken to Twitter to diffuse any rumors of him missing out on SummerSlam with WWE.com backing up Cena’s tweets, F4WOnline.com is reporting that the current WWE Champion will work through the injury and will still defend the title against Daniel Bryan this Sunday, but after the pay-per-view, Cena is scheduled to undergo surgery to repair the injured elbow. This will likely require Cena to take some significant time off from the WWE and, unless WWE is willing to book the WWE Champion into a non-wrestling role for the next several weeks or months, then it seems that Cena may be dropping the title this Sunday, either to Daniel Bryan or Money-in-the-Bank holder Randy Orton.

Should the WWE Title be taken off of John Cena due to his injury? Post your comments in the box below.