What To Do With The Money In The Bank

At the genesis of the concept, the Money in the Bank briefcase was exciting, unexpected and anarchic. It gave us iconic moments like Edge’s run in at the end of New Year’s Revolution 2006, and Rob Van Dam forcing the main event of ECW One Night Stand 2006, but, since then, the briefcase has become somewhat predictable. We know that it will probably be cashed in after a match, on an episode of RAW, when the champion has been beaten down. It’s a dated formula, and it’s over-use is the exact opposite of the original “anything can happen” feeling the briefcase first gave us.

In this article, we discuss five possibilities for future Mr. Money in the Banks that haven’t already been done. 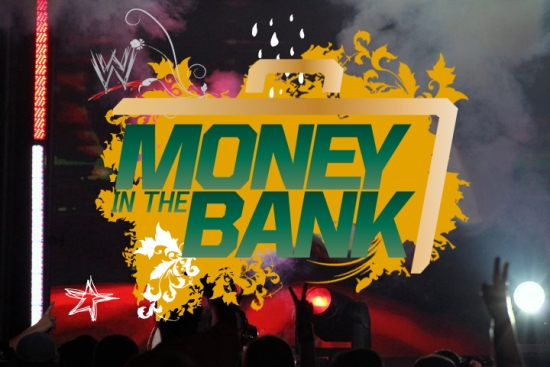 After the WrestleMania Main Event

It’s the one thing you can bet someone will predict every WrestleMania; cashing in the Money in the Bank after the main event, yet it’s never been done.

If WWE want to continue to use the post-match cash in as the favoured conclusion to every Money in the Bank angle, the main event of WrestleMania is the last spot remaining where it could still genuinely shock and surprise people.

To Create a Tripe Threat Match

A serious problem with the Money in the Bank is that it favours heels. The post-match cash in is cheap and cowardly. The baby face way to handle the situation is to cash in the briefcase up front, before a match, but that’s already been done, successfully by Rob Van Dam, and unsuccessfully by John Cena.

An alteration to this idea would be for a baby face to use the briefcase to interject himself into a pre-existing title match, making it into a triple threat.

With the set-in-stone importance of the Royal Rumble and the Elimination Chamber, this is one of the few logical ways in which one of the main event’s of WrestleMania could be transformed into a triple threat.

Seeing as the briefcase lasts a year, there’s multiple opportunities for holders to earn title shots in other ways. A way of combining the Money in the Bank with a separate title shot would be for the match to end, then have the heel briefcase holder illegally assault the champion after the bell, before restarting the match with the briefcase and making the easy pin. An alternative to this would be for the holder to intentionally get disqualified, but then to restart the match before the champion can recover from the illegal attack that lead to the disqualification.

This method keeps some of the elements of the traditional post-match cash in, in that it’s shocking and a cheap victory for a heel challenger, but, in it’s set up, it’s fresh and totally unexpected.

A baby faced equivalent would be to have the number one contender screwed out of victory in the match, only to have the power to restart it. a new take on the classic Dusty finish formula, with their briefcase

A Match Within A Match

Remember the excitement when CM Punk used the Royal Rumble as a vehicle for a promo within a match? It would have to be well thought out, but there’s a similar bit to be done by having a champion in the Rumble who is forced to defend his title belt mid-match. Although the moment would be shocking and would add a new layer of unpredictability not only to the briefcase, but also to the Rumble, the title change would run the risk of over shadowing, or being over shadowed by the Rumble itself, and, unless the new champion won the Royal Rumble, he’d have the indignity of being eliminated (unless you had the newly crowned heel champion eliminate himself, satisfied with what he came for).

So this is a weird one, but bear with us. As Attitude Era-y as it may be, there’s the opportunity for an angle in which someone interferes in the Money in the Bank match itself, and steals the briefcase after a spot that incapacitates everyone in the match, ending it in a no contest, before declaring himself Mr. Money in the Bank. It would be the perfect launch-pad for a classic chicken-shit heel, and could lead into a feud with one of the high level baby faces who was in the match, and was screwed out of his opportunity. So many times, recently, the Money in the Bank has been undermined by a lack of high level opportunities for the briefcase holder. A feud in which the briefcase itself is the storyline’s main MacGuffin, with a logical starting point, and legitimate claims and motives from both sides would give the eventual winner of the feud an emotional platform to perform in and out of the ring, gaining momentum before an eventual cash in.

These are our five picks, but there’s countless others. Tell us what you’d do with the Money in the Bank in the comments section below.