The Miz: From Awesomeness to Obscurity

It was announced last Monday on Raw that the Miz will be the host of this year’s Summerslam, 7 years after debuting as host of Smackdown. Perhaps the saddest part of his decline is how outrageously excited he was about his role in WWE’s number two pay per view, just like he was when WWE made him commentator of Main Event or the face of their pay per view kick off shows or any scraps they give him to feed off.

He does this without a fuss because underneath the character Mike Mizanin is 100 per cent a company man. One of the big reasons he was allowed to keep the WWE title for 6 months was because second only to John Cena was his readiness to make public appearances representing the company. 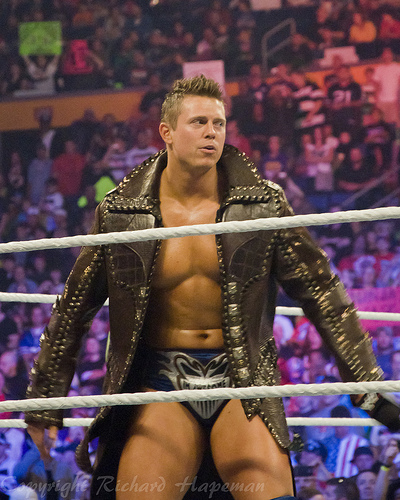 Underneath the staged arrogance was a man living the dream, making lots of money ticking off achievements that he thought were unattainable and proving so many people (at the time, bullies) wrong.

Remember his quote from the WrestleMania 27 promo, ‘I’d rather you all hate me for everything I am rather than love me for something I’m not’. There is something actually quite inspirational about the Miz’s story, one that WWE were happy to take part in to but not anymore.

Standing there now, too arrogant to ever be over as a babyface fans will deny they ever routed for the ‘awesome one’ the same fans that will do the same in a few months to Dolph Ziggler. But make no mistake there was a huge pop the night Miz cashed in his Money in the Bank briefcase, he had reached a point where fans were desperate to see him break the glass ceiling.

Knowing his limitations and what he had to overcome to get into that position he was smart enough to know that the only way was down, especially when WWE began to bring back so many veterans from the past. But just why a dull Alberto Del Rio has more to get his teeth into at the biggest ‘party of the summer’ over someone who clearly has a personality.

Miz has had to battle not being taken seriously by his peers from day one. JBL’s commentary used to spell it out, this reality TV star was not wanted in the locker room, and stories of Miz changing in the hallways are true. While WWE had little faith in his wrestling ability they clearly wanted to take advantage of his charisma and skill in talking by having him as the ‘Host of Friday Night Smackdown’.

It wasn’t until ECW was relaunched that we learnt that Miz, while no Shawn Michaels was just as adept than any other man from developmental. By the time the Miz was transferred to the Syfy channel the show was very much 3rd to Raw and Smackdown, the days of Kurt Angle, RVD and Big Show being first choice draft picks were long gone, Vince McMahon had all but given up on the show. Most talent were sent there almost as a favour, something to do before they were put on the ‘all the best in your future endeavors’ category. But the one advantage to ECW was it gave the younger talent more time to prefect their craft away from the pressure of the red and blue shows. A lack of star power meant the Miz had his fair share of match and promo time, mostly with a certain CM Punk and John Morrison.

Teaming with Morrison changed the perception of Miz for the first time. John Morrison was a former ECW, Intercontinental and tag team Champion and long been earmarked as a future main eventer so Miz became cool by association. When WWE gave the tag team their own ‘ Dirt Sheet’ segment on their website it was clear they no longer saw Miz as a goofy act but someone who was actually getting himself over with his comedy. This was the first sign of Miz getting a bit of respect and acknowledgment from his employers.

Despite this it was still assumed in most circles that once the team split that John Morrison would go on to have the better singles carer, that Miz would turn out to be as he likes to say, ‘The Marty Jannetty of the team’.

However in the 2009 draft it was the Miz who moved to Raw, repackaged as a more serious heel that was intent on proving his doubters like JBL wrong. Meanwhile nothing was done over on Smackdown to improve John Morrison’s stale character. It was assumed that Miz was getting all the creative attention because while he was not as good an athlete as Morrison, he needed the help and direction. But when WWE started to print Miz shirts with his catchphrase ‘I’m Awesome’  it was clear that Miz had momentum.

Miz was still not the best wrestler in the world by any means but there was a focus and desire to prove people wrong, he had been given a chance and he was going to make it work for him, he no longer seemed to care what his peers thought, the people that mattered clearly saw enough. This was evident as he was booked to back up his words by winning the US and tag titles. This was before CM Punk was given license to drop pipe bombs; the Miz was one of the best talkers in wrestling with the fans in the unique situation of supporting him because he was an underdog even though he was a heel. Maybe it was because he wasn’t first choice like John Cena or born into the business, maybe because he had been ridiculed and victimised and yet had found a way to make it work for him that’s fans could identify and respect his progression. 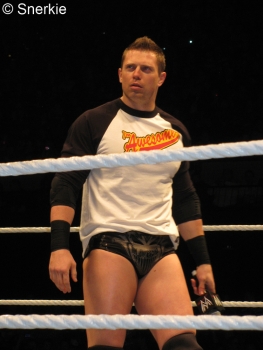 Taking time out in defending his titles Miz would play a vital part in the first two series of NXT. His role in the premiere series along with Michael Cole was to run down and mock the carer of ‘rookie’ Daniel Bryan, who as most fans knew had more wrestling experience then his mentor. This represented how far the Miz had come; he was now booked to walk around like he was a big deal. The Miz’s performances in these angles did wonders to get Bryan over with the WWE Universe, they were desperate for Bryan to get his hands on the Miz, which he did in one of the best ever US title matches in WWE history.

Miz though was on to bigger and better things then the US title. The Money in The Bank Ladder Match had been designed just for where Miz was currently at in his career. Like Edge and CM Punk before him the idea of the match is to give the briefcase to an up and comer who fans want to see break the glass ceiling but who may need the prop for fans to believe they could win a WWE Championship. As already mentioned watch the night Miz won the contract and the night he cashed it in and tell me fans didn’t want to see him get the push he received.

In the year 2011 Miz would make the kind of money he never thought possible as he main evented WrestleMania against John Cena and sold out Madison Square Garden at Survivor Series with the Rock.

A lot has been said about whether The Rock’s return to WWE has been good or bad for WWE but of all the young talent affected by his return the Miz suffered the worse. When he aligned himself with R-Truth after losing his WWE title, Miz alluded that him beating John Cena in the main event of WWE’S biggest pay per view was an afterthought compared to Rock’s attack on both men. Indeed the memory of that match is not the Miz holding the title but of the Rock standing supreme having wiped both men out. Indeed since Rock’s return in February 2011 until November 2011 The Miz was a prop to set up a Rock/Cena match at WrestleMania 28. For veteran R-Truth the tag match at Survivor Series was one of the biggest matches he had been involved in, for a young former WWE Champion being squashed did nothing to put him back into title contention.

The fans knew it and seemed to feel sorry for the Miz, supporting him as he lasted the longest in the 2012 Royal Rumble match, got to the final two of the Elimination Chamber match and as he limped up the ladder in the Money in the Bank Ladder Match. That he was booked to be a nearly man in all of these gimmick matches was a last attempt by the company to keep him in the main event bracket. The problem was Miz’s performance at Money in the Bank was his first in 3 months having taking time off after WrestleMania 28 to star in WWE film The Marine 3. Ever a yes man The Miz would spend most of the year promoting his movie rather than himself. With Miz absent from television WWE stopped caring about his win/loss record with the Miz putting others over routinely before he flew out to Australia to shoot the flick. So when he came back that summer, with his last match, being beaten in seconds by Brodus Clay fresh in people’s minds no one saw Miz as a championship contender anymore. 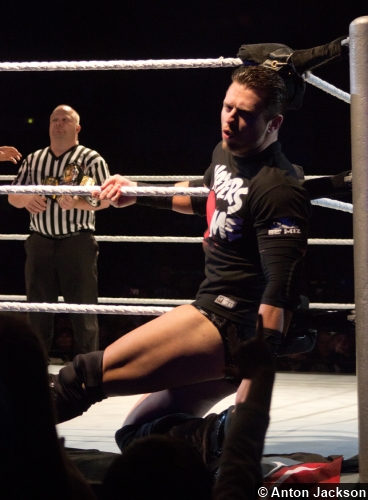 Given his popularity when champion WWE felt that turning The Miz babyface was the answer. It was true that he had done it all as a heel and had gotten stale, he was never going to better his previous run. Unfortunately WWE was yet again too distracted by the Rock and other part timers to give The Miz any creative attention. He was expected to get over by arrogantly calling himself a movie star, talking in the same manner and cutting the same promos he did when he was a heel. When they have been bothered, it’s been half hearted, like Ric Flair inexplicably giving him the figure four leg lock. Student of the game HHH associated with the Nature Boy fair enough but Miz hardly screams technical wrestler does he?

Worse though is WWE has never put Miz in a situation where he’s looked like a star. There have been five pay per views so far this year; the Miz has been in the pre-show on three occasions. If Vince McMahon doesn’t care about The Miz then the fans won’t either.

The Miz of course has been in this situation before, written off and looking like he was floundering. The Miz kept smiling and made the best out of any situation, making it work for him. Many viewed his move to ECW as a relegation or assumed his split from John Morrison was the beginning of the end. Miz made it work for him then. With the history he has of punching above his weight don’t write the Miz off just yet…