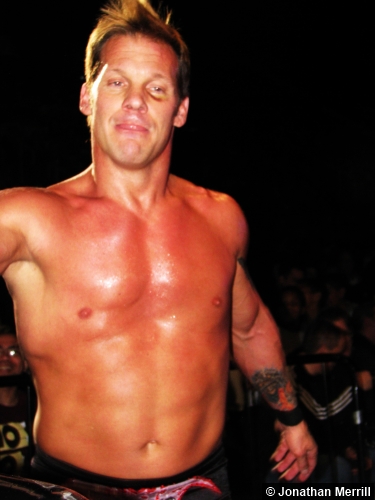 The 39th edition of WWE Main Event came to you from the Colonial Life Arena in Columbia, SC. After suffering his first taste of The Shield on last week’s SmackDown, “Captain Charisma” would certainly be looking to pay The Shield back in full as Christian would go one-on-one with United States Champion and Shield member Dean Ambrose in a non-title match.

Main Event kicks off with six-time former World Champion Chris Jericho as Y2J would go one-on-one with Cody Rhodes in the opening match of the night. The veteran Chris Jericho would survive the Disaster Kick and Cross Rhodes from Cody Rhodes, ultimately locking in the Walls of Jericho on Rhodes, forcing Rhodes to tap out to pick up the win.

Then it was time for the featured attraction of WWE Main Event as “Captain Charisma” Christian would face one-third of The Shield in United States Champion Dean Ambrose in a non-title match. During the match, Seth Rollins would emerge, shoving Christian off of the top rope, but when they see the beginning of a three-on-one attack, the new #1 Contenders for the WWE Tag Team Titles, Jimmy & Jey Uso, would rush out, saving Christian from a beat-down by The Shield.

Before they face the “Paul Heyman Guy” team of CM Punk & Curtis Axel on next week’s RAW, The Prime Time Players were in action on Main Event as Darren Young & Titus O’Neil faced Tons of Funk, Brodus Clay & Tensai, with The Funkadactyls and one of the stars of Total Divas, Jo-Jo, in their corner. During the match, Darren Young would use his hair pick against Brodus Clay and, when Titus O’Neil covers Brodus, Darren holds Brodus’ foot down, preventing the kick-out and scoring the win for The Prime Time Players.