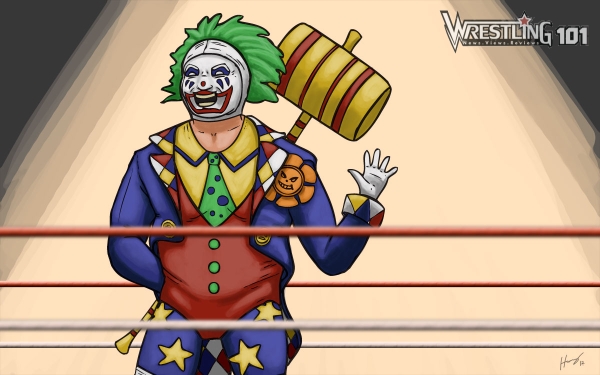 WWE.com was the first to report that the original Doink The Clown has passed away at the age of 55. The original Doink’s real name was Matt Osborne and Matt debuted in the WWE in 1992 as Doink The Clown and appeared in the role for over a year before alcohol abuse became an issue and the Doink character was then portrayed by Ray Apollo, but Matt Osborne would make a special appearance as Doink on the 15th Anniversary of RAW in 2007. While the character of Doink made sporadic appearances in 2003, 2007, 2010, and 2012 for the WWE, none of those Doinks were portrayed by Matt Osborne (Nick Dinsmore played the character once and Steve Lombardi handled the other three appearances). Matt Osborne also made brief appearances in the original ECW as both Doink and Matt Borne and also had a run in WCW under the ring name, “Big Josh”. The Wrestling-Online Newsletter is reporting that the 55-year old Matt Osborne was found dead by his girlfriend in their home in Texas on Friday.

What is your favorite Doink The Clown memory? Post your comments in the box below.