The wrestling autobiography genre has been awash with works since 1999 when both Pure Dynamite and Have A Nice Day were released, recounting the lives and careers of Tom ‘Dynamite Kid’ Billington and Mick Foley respectively. Amongst the many titles that have landed since then, there has been only a handful that lived up to these initial works. Whilst The Hardcore Truth: The Bob Holly Story is not a classic like Foley’s debut, or as in depth and personal as Bret Hart’s Hitman: My Real Life in the Cartoon World of Wrestling, it is a very worthy addition to the collection of wrestling literature that is now available to fans. 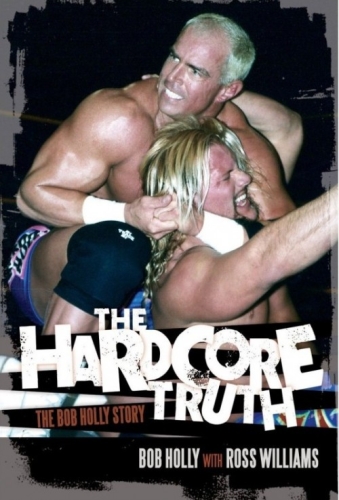 Having spent over 16 years in the WWE, starting in late 1993 he’s one of a very select group of workers who was with the company from before the Monday night wars, through the attitude era and who was still around at the point of Eddie Guerrero’s death and the Benoit tragedy. Furthermore Holly is now in a place in his life, where he is not relying on (or necessarily expecting) a return to the WWE and so is not obliged to stick to the party line or censor himself for fear of reprisals. This makes Holly’s story both compelling and unique, one which is told with great enthusiasm by ghost writer Ross Williams. Though I am generally not a fan of ghost writers being involved in such projects, Williams does a great job of capturing a voice in his writing that could conceivably be Holly’s own.

The first quarter of the book is satisfactory enough as the book recounts Holly’s upbringing, difficulties with his father, step-father and brother, early jobs (including a brief time where he was a bar fighter) and his youthful interest in professional wrestling. During his formative years Holly develops a strong work ethic and a physical toughness, both as a consequence of the discipline instilled in him by his step-father. This would stand him in good stead for what is a busy life prior to him training to become a wrestler- a time when he is forced to provide for his daughter and supplement his earnings with bar room fighting. This section of the book reveals a lot about Holly’s character, not least his love for a physical challenge and his eagerness to succeed at everything he does, picking up a trade in welding and entering the world of motor racing as both a driver and mechanic. 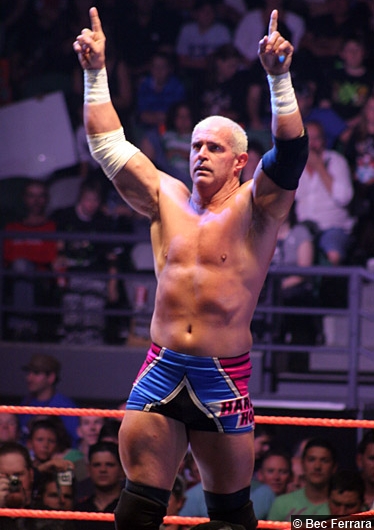 It is the rest of the book however, which gives a blow by blow account of Holly’s career and the big events that took place in the WWE, that make this book the fascinating read that it is. Holly discusses every major incident during this time, both from an industry standpoint (the Montreal screw job, the Monday night war, the purchase of WCW, Eddie Guerrero’s death and the Benoit tragedy) as well as his own personal flashpoints (his treatment of Matt Capotelli, his stiffness in the ring, the issues he had with the Clique and his release from the company). Holly’s honest evaluation of his peers and the management of the company are uninhibited thanks to the book not being a WWE affiliated work. Holly gives praise and scathing criticism in equal measure, waxing lyrical about a particular person’s work before laying into their personality. Don’t get me wrong, Holly is not a bitter man, far from it he has plenty of complimentary things to say about many people and is thankful to the WWE for allowing him to make a good living and keeping him under its employ for such a long time (in wrestling terms at least), but nothing is sugar coated or dressed up as something it wasn’t.

For me, the best part of the book though is a series of shorter chapters which alternate with his life story, where Holly gives his opinion on particular aspects of life or the business. So for example, one of these chapters goes into depth on Holly’s beliefs about Steroids in the business. Another discusses the reasons why certain people made it and others didn’t- in this chapter Holly rapidly runs through a host of past and present WWE workers and his personal opinion on their successes and failures or their potential in the future. It is these ‘mini-essays’ that really add something just that little bit extra special to the book and give Holly licence to really explore his feelings about specific topics without veering off course whilst telling the main narrative.

One of Holly’s main motivations in writing the book was to address the reputation he has amongst wrestling fans for being a bully. Holly makes no bones about the fact that he enjoys a fight and also that he was a stiff worker, however his perspectives on both the business in general and the incidents in his personal career that gave him his reputation make for compelling reading. His assertion that far from being a bully, he is in fact no different from a large portion of the men who he worked alongside in the wrestling business is particularly convincing. The overarching story that is told here however is one of a man at peace with his life, a little disappointed with the amount of opportunities he received during his long stay with the WWE but not bitter about it and grateful to have been able to do a job that he enjoyed for such a long time. The final chapter is dedicated to telling the story of his marriage to the high school sweetheart he lost contact with who he found on Facebook and is an uplifting finale for a man who asks in the book “how do you like me now?” To which I would answer having read his story; far more than I did before.