Bully Ray is one-half of arguably one of the greatest tag teams to ever step foot inside the squared circle. The Dudley Boyz / Team 3D (Bubba Ray Dudley / Brother Ray & D-Von Dudley / Brother Devon) have won 23 World Tag Team Championships, making them the most decorated tag team in history and they are the only team to have held the WWE, WCW, ECW, NWA, TNA, and IWGP Tag Team Titles.

The 41-year-old from Queens, New York along with Devon are known for their use of tables during matches and in WWE were apart of the first TLC matches with The Hardy Boyz and Edge & Christian.

Both members of Team 3D are currently in TNA and are a part of the Aces & Eights group of which Bully Ray is the leader and the World Champion.

We caught up with Bully to talk about highlights from his tag team career with Devon, wanting fans to hate him, and what it’s like working with Paul Heyman, Vince McMahon and Dixie Carter plus much more. 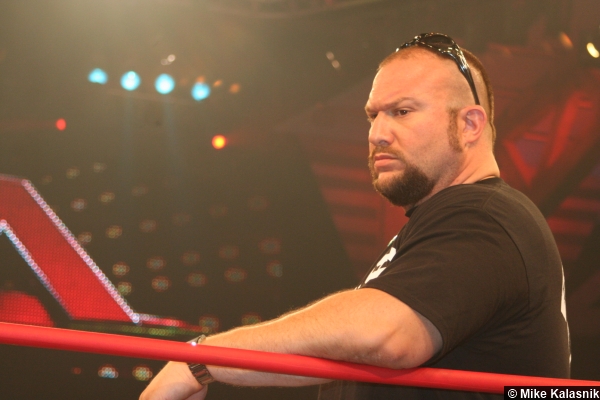 How are you finding it being the top singles guy in TNA after so many years of success as a tag team?

In the tag team world, I was used to being in extremely high profile matches all over the world. So to become a high profile singles star I’m already used to the pressure and I’m able to channel that pressure into my performances. The only difference is now it’s all on me; it’s all on my shoulders from a total performance point of view. In a tag team match if you need a break or a breather you can always look to your partner and tag out but as a singles wrestler, you can’t do that.

Was it always your goal to become a singles wrestler or were you more of a fan of tag team wrestling when growing up?

Before I got into the business I knew I wanted to be part of a tag team, I wanted to have a successful and legendary tag team that people were going to talk about forever, up there with the likes of Road Warriors, Rock ‘N’ Roll Express, Midnight Express, The Freebirds, The Funks, Arn and Tully, all of those legendary tag teams and that was my goal. 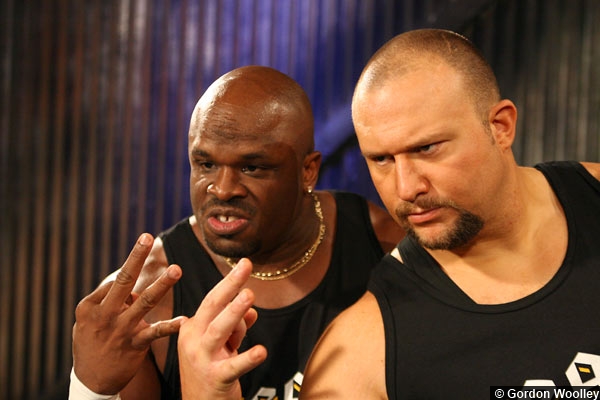 What would you put your success and longevity down to?

One word, passion. We are in the business that we wanted to be in, we came up the old school way, we paid our dues, we busted our asses, we’ve been up and down the roads, we’ve been all over the world, we’ve done it all and it’s still fun, we still make a boatload of money doing it and we still love the business.

All those things keep our passion burning and that’s it, it’s the passion for the industry. Not enough people get to say that they wake up every day and they’re doing exactly what they want to do with their life, I do, Devon does and that’s what keeps us going.

What were some of the highlights from your tag team run with Devon?

I really don’t have favourite matches, because I don’t put anything in front of the other, everything has been my favourite. I’ve enjoyed everything just as much as anything else I’ve ever done, but obviously, there are moments in my career that stand out more than others. The night that me and Devon hit our first 3D in the ECW Arena, the night when we won our first ECW Tag Team titles, our last night in ECW in New York City when we won and lost the titles in the same night.

Obviously, in WWE the TLC matches with Edge and Christian and the Hardy Boyz at SummerSlam and WrestleMania 17, which most people say is the greatest WrestleMania of all time where TLC 2 stole the show.

In TNA all of the great matches that we’ve had against Beer Money and Motor City Machine Guns. In Japan winning the 2005 All Japan Tag Team League Cup, we went undefeated during the entire tournament, winning the finals and defeating the great Mutoh and Akebono. All of those things stand out in my memory of tag team wrestling.

You and Devon had so much success as a tag team, what do you make of the current state of tag team wrestling in both TNA and WWE?

There is no state of a tag team division anywhere; tag team wrestling, unfortunately, is almost extinct. I’m happy for guys like Bad Influence (Christopher Daniels and Kazarian) and Bobby Roode and Austin Aries are together for a while but it just doesn’t feel the same. As great as Daniels and Kazarian are together I don’t think you can build an entire tag team division around that, because there is such a lack of other teams.

I wish I could tell you that there was light at the end of the tunnel for tag team wrestling in any company but until WWE or TNA really puts the focus on trying to rebuild it, but I don’t think it’s going to happen.

I’m obviously delighted with my tag team run in ECW, the great tag team run in WWE and being the most successful team ever over there and then onto TNA and getting to work with and help develop teams like Motor City Machine Guns and Beer Money.

Do you prefer to play the heel character?

When I first transitioned into a singles wrestler my first goal was to see how close I could get to the original version of me without actually being able to what I did in ECW, that very edgy character who I knew could be the most hated guy around.

I’ll put Bully Ray up against anybody when it comes to being the most hated. Nobody spits venom on the microphone like me; I’m not just saying that, it’s fact. The whole evolution has been interesting because I just wanted to see how far I could go and to see how many people I could piss off.

You know what, being liked sucks, being hated is so much better. If you like me that’s good, if you respect me that’s better but if you hate me that’s the best. 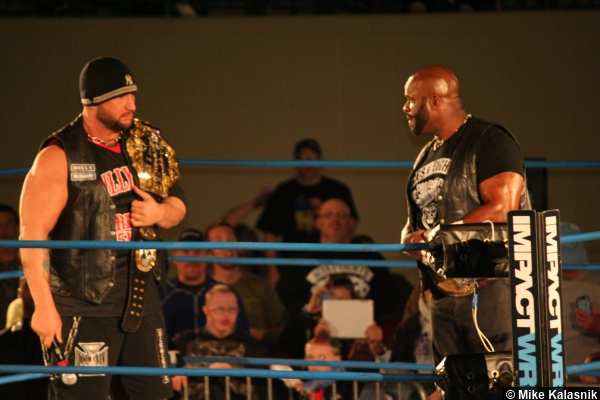 How would you compare your three bosses, Paul Heyman, Vince McMahon and Dixie Carter?

I’ve learned more about the professional wrestling business from guys like Paul and Vince because those are pure wrestling minds, and those are two of the greatest minds you could possibly learn from. Imagine being a young wrestler growing up and having Paul Heyman mould you in a gimmick that he created as The Dudley’s and being able to work side-by-side with one of the greatest speakers in the history of the business, a guy that has a great mind for psychology, coming up under Paul was just awesome and I learned so much.

Then it’s like going from Darth Vader to The Emperor, to go from Paul Heyman to Vince McMahon and now you see things on an even bigger scale. I’ve learned so many things from Vince, so many individual lessons, he taught me to go out there and put things together for what the people really want to see. There are other lessons I learned from him, one-on-one he taught me so much as I had a really good relationship not just on a business level but on a personal level.

Dixie has been a phenomenal boss; Dixie runs a wrestling company from a more personal point of view. I’ve learned things from her in the wrestling business that I would never have learned from Paul or Vince because those guys are just die-hard pro wrestling guys and Dixie takes a different approach to things.

In one-way shape or form, I’ve learned from all of them and they’ve all been great to work for.

How is the Team 3D Academy going?

Then we try to teach them in the new school way, what it takes to make it in pro wrestling today. We try to give them the strongest foundation in the wrestling business as we can, our school is a one year school and you’ll get a year of quality training under your belt.

For more information about the Team 3D Academy, you can visit Team3DAcademy.com and you can also follow Bully on Twitter @RealBully5150