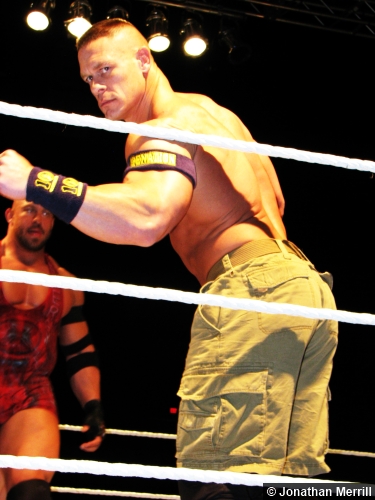 The inaugural edition of WWE Payback will come to you, live on pay-per-view, on June 16 from the Allstate Arena in Chicago, IL. As announced on RAW, John Cena will defend the WWE Championship at the event. Here is the current card:

In the Ambulance Match the first competitor to successfully put their opponent in the back of the ambulance and close both doors will be declared the winner. The ambulance will be parked on the ramp of the stage. There will be no pinfalls, no submissions, no disqualifications, and no count-outs. This marks the first time in history that a championship has been on the line in an Ambulance

What do you think of the Ambulance Match for the WWE Championship? Post your comments in the box below.