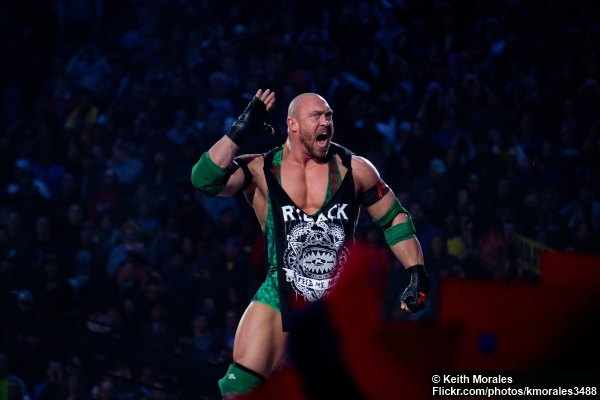 The 34th edition of WWE Main Event came to you from the CenturyLink Center Omaha in Omaha, NE. Following his controversial victory in an “I Quit” Match over Jack Swagger at Extreme Rules to become the new #1 Contender for the World Heavyweight Title, Alberto Del Rio’s momentum was immediately cut off the next night on RAW when “The Mexican Aristocrat” was defeated by World Heavyweight Champion Dolph Ziggler’s bodyguard, Big E. Langston, but on Main Event, Del Rio will get his shot at redemption when he goes one-on-one with Big E. Langston in a rematch from RAW!

Main Event kicks off with the featured attraction of the night as, after a controversial victory over Jack Swagger in an “I Quit” Match at Extreme Rules to become the new #1 Contender for the World Heavyweight Title, “The Mexican Aristocrat” Alberto Del Rio, with Ricardo Rodriguez in his corner, would go one-on-one with the man who defeated him on RAW, Dolph Ziggler’s bodyguard, Big E. Langston, with AJ Lee in his corner. In the end, Alberto Del Rio would fight out of the Big Ending before hitting an enziguiri to the back of Big E. Langston’s head, stunning Langston long enough to catch the big man off-guard with a roll-up to pick up the win.

Main Event also featured tag team action as Jimmy & Jey Uso would face two-thirds of 3MB, Jinder Mahal & Drew McIntyre, with Heath Slater in their corner. In the middle of the tag team match, sirens blare throughout the arena as an ambulance pulls into the arena. Ryback then emerges from the ambulance, marching to ringside and, despite his best efforts to hide from Ryback, Heath Slater is spotted by “The Sin City Cyborg”, who slams Slater’s face on the arena floor before carrying Slater to the waiting ambulance, tossing him inside before climbing back into the ambulance before the vehicle pulls away! Seeing their teammate getting hauled away in an ambulance would distract Jinder Mahal & Drew McIntyre, allowing Jimmy & Jey Uso to take advantage as Jimmy hits the Superfly Splash on Drew McIntyre en route to picking up the win for himself and his twin brother.