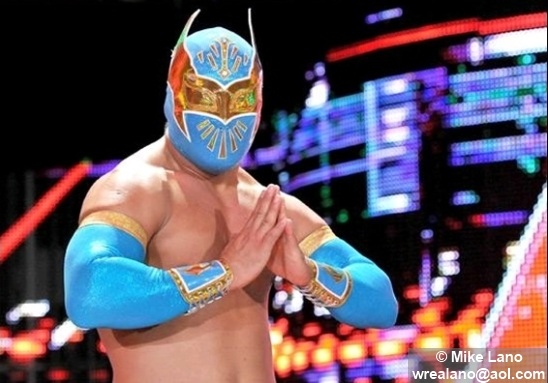 Four nights before he and Daniel Bryan defend the WWE Tag Team Titles in a Tornado Tag Match against The Shield’s Seth Rollins & Roman Reigns, the opening match of the night saw one-half of the WWE Tag Team Champions, “The Big Red Monster” Kane, going one-on-one with Seth Rollins, with Dean Ambrose & Roman Reigns in his corner. During the match, Kane would shove Seth Rollins into Roman Reigns, knocking Reigns off of the ring apron. Kane would then plant Rollins with a chokeslam, but when Kane goes for the cover, Dean Ambrose attacks Kane, resulting in a disqualification win for Kane. After the match, Reigns hits Kane with a Spear, but before The Shield can lay “The Big Red Monster” out with the three-man powerbomb, Jimmy & Jey Uso rush out to Kane’s aid and, together, Kane & The Usos fend off The Shield, covering for Daniel Bryan not being able to be a part of the show. The Shield retreats into the crowd as Kane & The Usos stand tall in the ring.

In the main event of WWE Main Event, second-generation Superstar Cody Rhodes would go one-on-one with Justin Gabriel. In the end, it was Cody Rhodes planting Justin Gabriel with Cross Rhodes en route to picking up the win. After the match, Cody Rhodes stares down his opponent on the Extreme Rules Pre-Show this Sunday, The Miz!