John Bradshaw Layfield is arguably one of the best wrestlers of his generation and has enjoyed much success in both the tag team and singles ranks.

The 46-year-old from Sweetwater, Texas, won a total of 24 championships during his time in WWE including, one-time United States Champion, one-time European Champion, one-time Intercontinental Champion, 17-time Hardcore Champion, three-time World Tag Team Champion as part of the APA with Ron Simmons (Faarooq) and one reign as WWE Champion, a title he held for 280 days!

Layfield is the man behind Tribute To The Troops, and is now a familiar voice at the commentary table on both Raw and SmackDown as well as the WWE PPV’s.

We caught up with JBL to talk about his friendships with Ron Simmons and Eddie Guerrero, passing the torch to John Cena, rugby, and climbing the 7 summits plus much more. 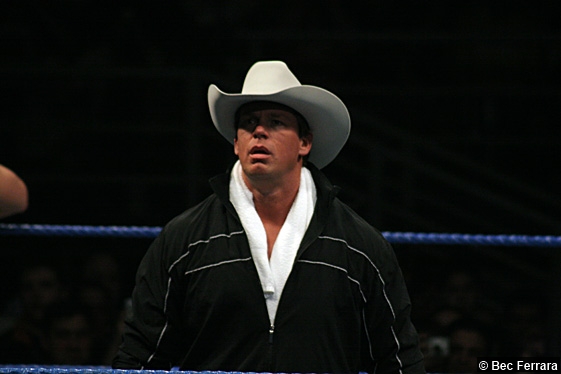 I was always a wrestling fan, I grew up a wrestling fan and one of my earliest memories was watching wrestling with my grandfather. I always wanted to be a wrestler, but I just thought I would play American Football for a long time, but I had injuries and I couldn’t pass the physical anymore.

I had a chance to get into wrestling when I was still young and make a living out of it and I jumped on the opportunity.

Who were some of the wrestlers that influenced you to get into the sport?

What was it like when you got your break with WWE and teaming with Barry Windham?

That to me was what I thought was my big break, and it turned out it wasn’t for a lot of reasons. The head of creative at the time Vince Russo didn’t think much of me or Barry I believe, he’s selling comic books or whatever he’s doing right now so that tells you what you need to know about Vince Russo.

I thought that was my big break, I idolised Barry and a still do to this day, he still had a lot of gas left in the tank, and for whatever reason, they didn’t want to use him. The tag team never went anywhere but for me, it was a big deal.

You then teamed up with Ron Simmons as the APA, what was that whole experience like?

It was a great pleasure to induct Ron into the WWE Hall of Fame and he was also the best man at my wedding. 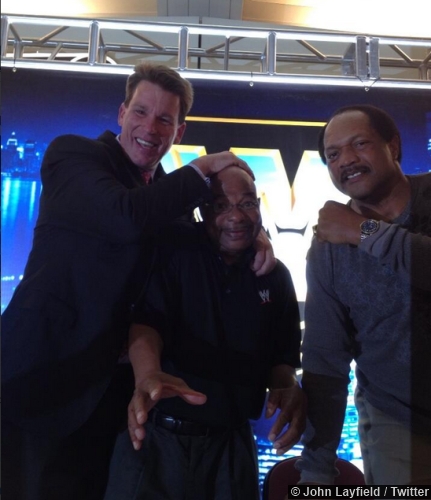 You also had a very successful singles career, what were some of your highlights?

Eddie Guerrero, he was the biggest influence on my singles career. I’m not sure the JBL character would be alive if not for Eddie, he really made the career that I had. The Undertaker feud that I had was huge for me, but I got to wrestle every top star during that era, I got to wrestle, Booker T, Dave Batista, John Cena, I really had a fun and incredible run, the run came later in my life so I really had the opportunity to enjoy it.

One of the greatest things that I got to do was pass the torch to John Cena, which I absolutely take zero credit for, he would have gone to the top anyway but I was lucky enough to be the guy that passed the torch and I was very honoured to be able to do that.

What do you make of the similarities between your feud with Eddie and the storyline with Jack Swagger and Alberto Del Rio?

It’s hard to compare because I’m too close to the situation, as far as what Eddie and I did and what Swagger and Del Rio are doing right now, Eddie and I had something that was really magical, we were dear friends and Eddie was the groomsman at my wedding.

It’s hard to compare eras, and I don’t know how to compare what Eddie and I did and the situation between Swagger and Del Rio, when I was so close to Eddie. Someone looking from the outside in, they could probably do it pretty easily but me I’m too biased.

You were a massive factor behind the Tribute To The Troops shows, how did that come about?

I was over there one summer right after the invasion of Iraq. It was a miserably hot summer, as all of them are over there. It was 137 degrees one day! I was sitting there talking to Ron Simmons and I thought, it would be great if we could come over here at Christmas and do something like the Bob Hope-type USO Christmas Special.

So when we got back, I approached Mr. McMahon and [WWE executive producer] Kevin Dunn and told them what I thought would be a good idea and what I thought we could do, and they took it from there. Within a few weeks, the thing was done and we’ve been doing the shows ever since. 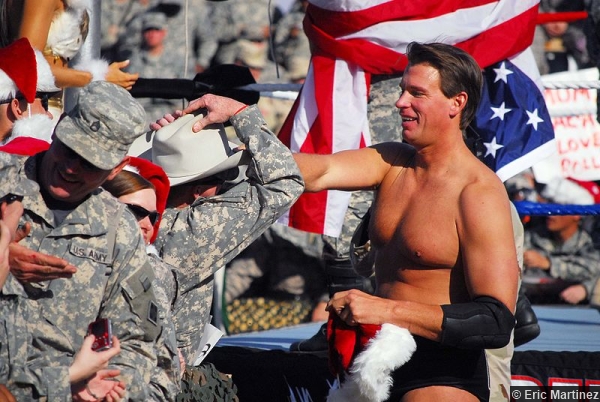 You’ve now moved over to the commentary table, what have you made of that transition?

The ego is in the product and it’s not in yourself, it’s very important to realise when you’re a commentator and also the fact that I’m far enough removed away from wrestling that I don’t need to put myself over. I can put the guys over in the ring, I’m not throwing stones at anybody, I’m only throwing stones at myself.

In the past all I ever wanted to do was get in that ring, now I don’t ever want to get in that ring again, all I want to do is put over the action in the ring and I’m really enjoying my role as a commentator.

You bring a lot of your outside interests into your commentary, is that something you enjoy doing?

I love world sports, I love sports period. I loved watching Phil Taylor winning his sixteenth World Darts Championship; I also love watching the Super Bowl champions, the MLB champions. I think when you are on commentary you’ve got to love what you do, Michael Jordan was probably the best basketball player ever, and lots of people watched him not because he was good but because he was loved. I love what I do and this is all I really want to do right now, and I enjoy the hell out of it and I hope I can do it for a long time.

Away from wrestling, you train kids doing rugby in Bermuda, how is that going?

According to the stats, about 50% of underprivileged kids leave school so I should lose 60 kids and right now I’m losing none of them. I’m sure that won’t hold up 100% but I think we are doing our best to change these kids’ lives, and we are using rugby to help us enable that. 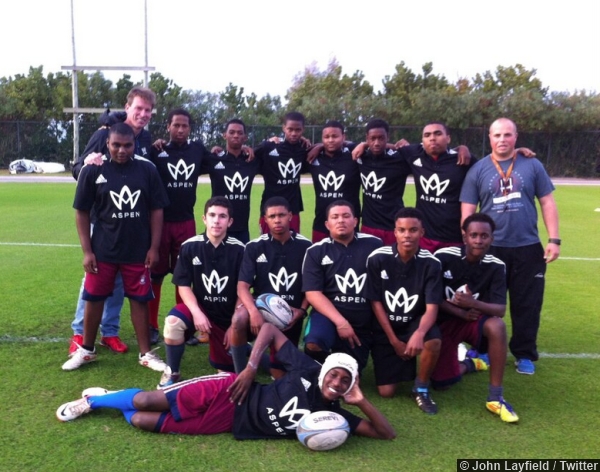 Are there any wrestlers that you think would make good rugby players?

We have some big tough guys, you look at Wade Barrett, Sheamus, Ryback and Big Show, we have some really big tough athletes, some of the best I’ve ever seen.

You’ve also been doing the 7 Summits Challenge, how has that gone so far?

I’ve done three of the 7 Summits so far, I’ve climbed Mount Kilimanjaro, Mt. Elbrus and Aconcagua. I’ve got four more to climb, Michael Cole will join me in climbing Mt. Whitney in mid-August and it looks like I’m going to do Mount Everest in 2015. 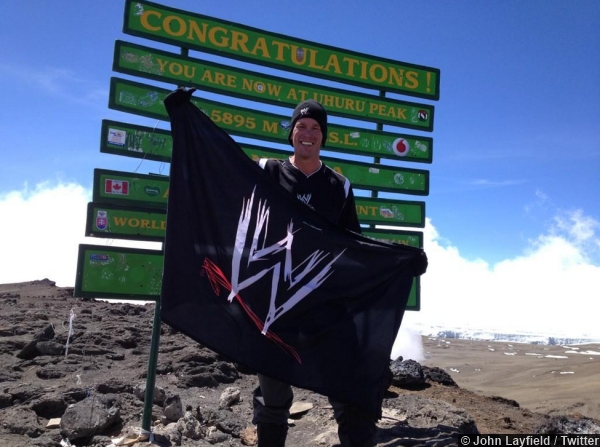