TNA To Introduce “Ref Cam” and “BaseBrawl” Events To Return

TNA President Dixie Carter has announced via Twitterthat during a TNA X-Division bout this week on “IMPACT!” Wrestling, the company will unveil a new concept- “ref-cam” to bring the audience closer to the action. 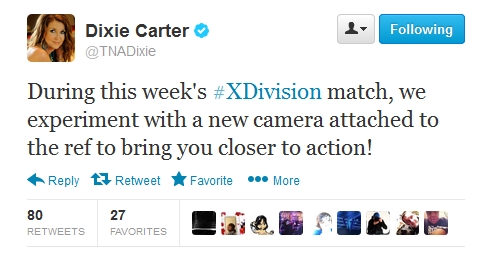