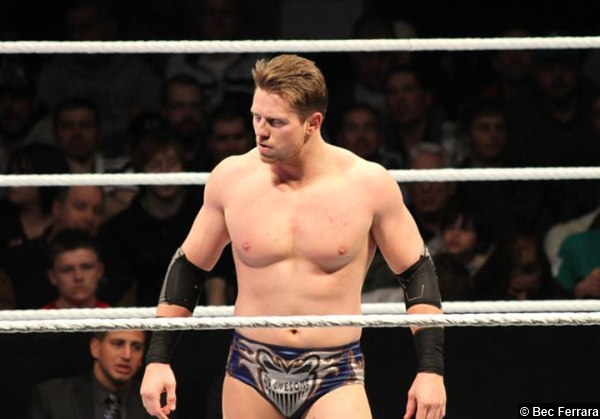 The sixteenth edition of WWE Main Event came to you from the AT&T Center in San Antonio, TX. After their match on SmackDown was brought to a halt due to an attack by The Shield on Randy Orton, the rematch would take place on main event as “The Viper” Randy Orton would go one-on-one with United States Champion Antonio Cesaro in a non-title match just under two weeks before they are two of the 30 participants in the 30-Man Royal Rumble Match.

The show kicks off with the featured match of WWE Main Event as, in a rematch from their inconclusive first meeting on SmackDown, “The Viper” Randy Orton would go one-on-one with United States Champion Antonio Cesaro in a non-title match. During the match, it was déjà vu as, with Randy Orton sizing Antonio Cesaro up for the RKO, The Shield arrives at ringside, surrounding Orton. Having been in the middle of The Shield’s wrath in the past, The Miz leaves the announce position to lend some aid to “The Viper”. While Orton and The Miz would initially fight off The Shield, Dean Ambrose, Seth Rollins, & Roman Reigns would get the advantage over their two adversaries as Reigns takes The Miz out with a Spear before the trio deliver their three-man powerbomb to Randy Orton. After The Shield exit the ring, Antonio Cesaro picks up the scraps, picking The Miz up, delivering the Neutralizer to the helpless Miz in the center of the ring!

As the main event of the evening is set to get underway, Michael Cole addresses the empty seat next to him as The Miz is unable to join him following the attack from The Shield and Antonio Cesaro. However, behind Cole, Brad Maddox climbs over the ringside barricade as the unemployed hopeful joins Cole on commentary!

The main event of the evening saw The Prime Time Players face Jimmy & Jey Uso in tag team action. In the end, it was Jey Uso hitting the Superfly Splash on Darren Young en route to picking up the win for himself and Jimmy Uso.